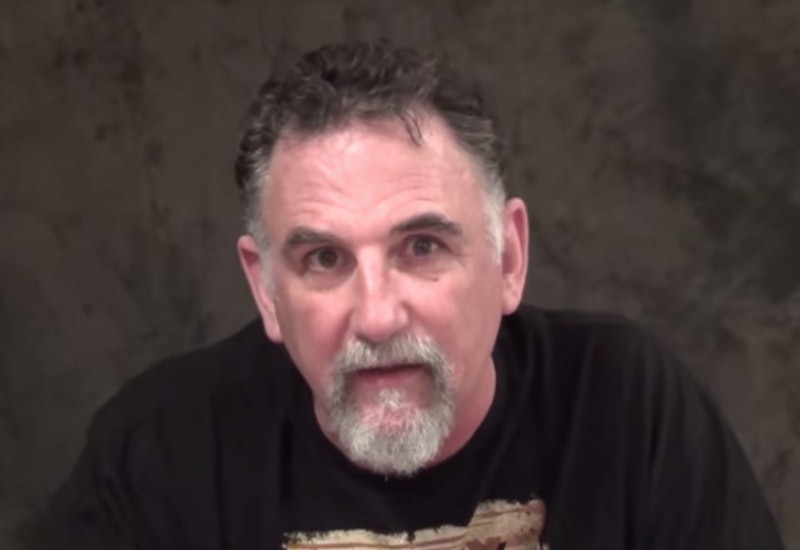 It's fairly common knowledge that the so-called Men's Rights Movement is rife with hypocrisy — after al, they claim to be a human rights movement while consistently trying to roll back the advancements in women's rights that have been made over the past generation. But a new BuzzFeed profile of Mens Rights Movement leader Paul Elam shows that the hypocrisy doesn't really end there. The profile is a disturbing portrait of a man with a long and troubled history with the women in his life who now makes a dubious living spouting misogyny online on his A Voice for Men website.

In the profile, we learn that Elam has been married and divorced three times, and is the father of two children by his first wife, the only one of his exes willing to speak on the record. According to her report, much of which BuzzFeed was able to factcheck, Elam relied on her during their marriage to support the family financially, seemingly uninterested in finding a job of his own. He drank heavily and did drugs. When Susan told him that she had been raped by one of his friends, he refused to believe her and accused her of cheating on him.

Later, after their divorce, he refused to pay child support and eventually agreed to the termination of his parental rights. He is also now estranged from his oldest child after she tried to establish a relationship with him as an adult. According to her account, she broke off contact after Elam spanked her son for opening a refrigerator.

In other words, the man who talks at length about how men are meant to be providers and railing against family courts for taking children from their fathers was himself, to all appearances, an unsupportive, deadbeat husband and an absent father whose current estrangement from his children is largely his own fault.

The article also attempts to dig into the issue of Elam's finances, which doesn't yield any conclusive results — though it does seem to suggest Elam might simply be pocketing the potentially substantial amount of donations that A Voice for Men. But it is the revelations about Elam's personal life that are the most troubling, and that have the biggest implications for the Men's Rights Movement. After all, financial scandals are something that unfortunately happen at some point for many organizations, and don't necessarily invalidate their mission. Being a hypocrite with a history of treating women terribly, though, is a whole other story.

The fact is that the Men's Right Movement has long been perceived not as a legitimate human rights campaign, as it tries to bill itself, but as a reactionary, misogynistic movement that is in fact hostile to the advances in women's rights that have been made since the 1960s. And this has been well documented, most extensively on the watchdog blog We Hunted the Mammoth, but also many, many, many, many other places as well. In fact, it is so far from a human rights movement that it has long been on the radar of the Southern Poverty Law Center, which tracks hate groups and is one of America's oldest and most respected civil rights organizations.

So while a leader's faults obviously does not invalidate their message, in this instance, Elam's apparent history of using the women in his life while showing them seemingly no respect is relevant to the movement he has helped to build.

The Men's Rights Movement might claim to be a human rights organization, but it's clear that Paul Elam is about as far from a human rights leader as it is possible to get without committing actual physical violence. The picture of him that emerges from the history that BuzzFeed is able to uncover is of someone with little demonstrated interest in the wellbeing of others. True, he worked as a drug counselor for a time, but his history of mistreating women seems to go back much further and to have been much more persistent.

So despite the frequent Men's Rights activist claim that they are really just "nice guys" who get treated badly because of feminism, it seems that for at least one such "activist" the claim really doesn't hold up.

You can (and should) read the rest of the BuzzFeed profile of Elam here. It's a doozy.