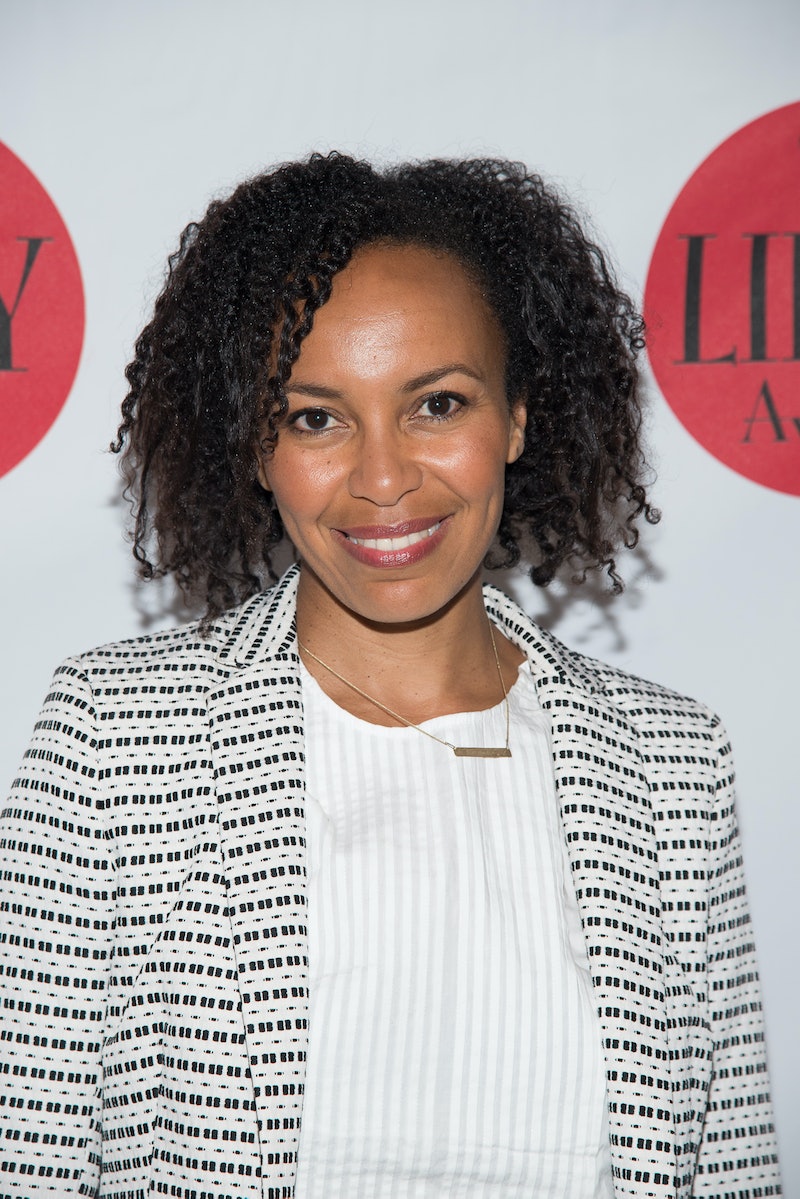 Doctor Gerald Crane is terrorizing Gotham City's population of arachnophobes, agoraphobes, and anything-phobes, and has potentially successfully created an "antidote" to human fear with his murderous research. And now, Gotham is introducing Judith Barthel, a new character played by Eisa Davis, who could get wrapped up in solving this case. She could also be a witness to Dr. Crane's latest crime or even one of his unfortunate victims. We just saw how bad things went when Dr. Crane got his hands on Scottie Mullen in the last episode, so let's hope that Harvey Bullock doesn't have a crush on Judith. Sure, she's totally crush-worthy, but I don't think his heart can take it — first Fish leaves town, then Scottie is almost brutally killed by Gerald Crane, and now Judith could potentially be in danger?

Back in November when the show was filming, Davis posted a cryptically worded Tweet that doubles as a riddle about her character and the only available clue about her. The two actors tagged are Donal Logue, who plays Harvey Bullock, and Corey Michael Smith, who plays Edward Nygma. It looks like she'll be coming between the two or spending time with them in some way.

Since Davis is only listed as a guest star for one episode, it's not immediately clear if she'll make it past the end of "The Scarecrow." Hopefully her character will be written off in a way other than death, because it might kill Harvey to show up too late to save a witness. And the GCPD should be embarrassed too, that they've let Crane evade them for so long.

But I could be barking up the wrong tree entirely. Dr. Leslie Thompkins is starting her new job down at the Gotham medical examiner's office, maybe Judith Barthel is her assistant or the person training her. Or maybe Barthel is an expert psychologist brought in to determine what exactly happened to Jonathan Crane when he was exposed to his father's experiments. She could be violently pushed away when she tries to help him or a tough disciplinarian who's going to send him to juvie for missing too much school.

Actress Eisa Davis actually does much more than bit roles in TV procedurals. She's also an accomplished singer and playwright who's worked in New York for years. If this were a few-episode arc, I'd guess that she might be a new act at Fish's — scratch that, Penguin's club. She didn't mention Robin Lord Taylor in her Tweet, but I guess it's possible that she met the other two guys at the craft services table and the real story is that she's Liza's replacement. We'll have to watch Gotham's Feb. 9 episode to find out exactly what she meant.