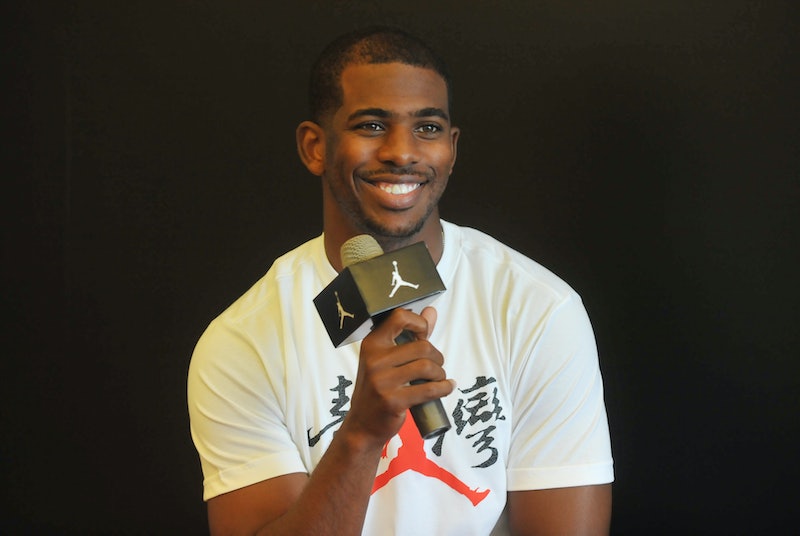 During a tough game against the Cleveland Cavaliers last Thursday night, the Los Angeles Clippers received a total of five technical fouls, one of which came after point guard Chris Paul made an allegedly inflammatory remark to rookie referee Lauren Holtkamp, who became only the third female to referee in the NBA full time this year. With 10:17 left in the third quarter, Paul had tried to rush an inbound pass but was stopped by Holtkamp and slapped with a technical after Paul began to argue her call.

In a post-game comment to reporters later that night, Paul had sharp criticism for Holtkamp, calling her judgments "ridiculous" and questioning her career choice. Shortly afterwards, the NBA fined him $25,000 for doing so.

I think we got to show better composure, but at the same time some of [the techs] were ridiculous. The tech that I got right there was ridiculous. I don't care what nobody says, I don't care what she says; that's terrible. There's no way that can be a tech. We try to get the ball out fast every time down the court, and when we did that, she said, 'Uh-uh.' And I said, 'Why, uh-uh?' And she gave me a tech. That's ridiculous. If that's the case, this might not be for her.

The media immediately latched onto Paul's snafu, with many in the social mediasphere decrying his comments as sexist and inappropriate. In a statement to the press, Michele Roberts, National Basketball Players Association executive director, maintained that Paul's dig at the female referee was not fueled by gender bias, reaffirming their confidence in the all-star. "Without hesitation," Roberts said, "the Players Association stands firmly behind Chris, whose competitiveness may only be exceeded by the strength of his values and his conviction."

Meanwhile, the NBA Referees Association has backed Holtkamp's call and declared Paul's commentary as unprofessional, insisting that Holtkamp "does belong," and ruling the referee's call as "fully justified." ESPN reports that while Paul's comments are indeed under review, the procedure was simply "normal protocol" in any instance where a player has appeared critical of officiating.

Paul's comments in and of themselves may not have been sexist. Simply employing the pronoun "her" doesn't necessarily make a statement an attack on women. If anything, Paul's whinging was little more than the wimperings of a pouting schoolchild, upset over a terribly played game (the Clippers were down by more than 30 at one point). Holtkamp's call itself isn't even that surprising, given that the Clippers have lead the league in technical fouls for years now (with the exception of the 2013-2014 season, when the team came in second in that category). Statistically speaking, it was bound to happen at some point.

What's really concerning isn't Paul's comment — it's the backlash from defenders who have begun to use the incident as yet another reason to blast feminism and women in sports in general.

With massively up-voted comments like, "Get back in the kitchen" and jokes about whistle-"blowing," the ugly face of the sports world has reared its head yet again. It's not enough that female sports fans are constantly asked to prove themselves (cue the "you're not a real fan unless..." declarations), or that female athletes, coaches, and officials are told that they're "pretty good for a girl" — the minute they make a questionable call or forget a single statistic about their favorite team, they're harpooned with typically degrading commentary from other fans and players.

The saddest part about the Chris Paul incident isn't what transpired on the court or even after the game. It's the continual push-back by the majority of commentators and male sports fans at what they perceive to be a threat to their masculinity — a threat to their "He-Man Woman Haters," all-boys corral.

Thankfully, there are a few out there who are happy to look past the spiteful rhetoric and call a spade a spade. In a post-game press conference, Clippers coach Doc Rivers joked lightheartedly about the team's collection of technical fouls during the game, saying, "I haven't gotten a first-quarter tech in I don't know how long. Maybe I should get more ... they kicked our butt." Offering a somber teenage fan a fist bump earlier that night, he also apologized: "We should have given you a better game than that."