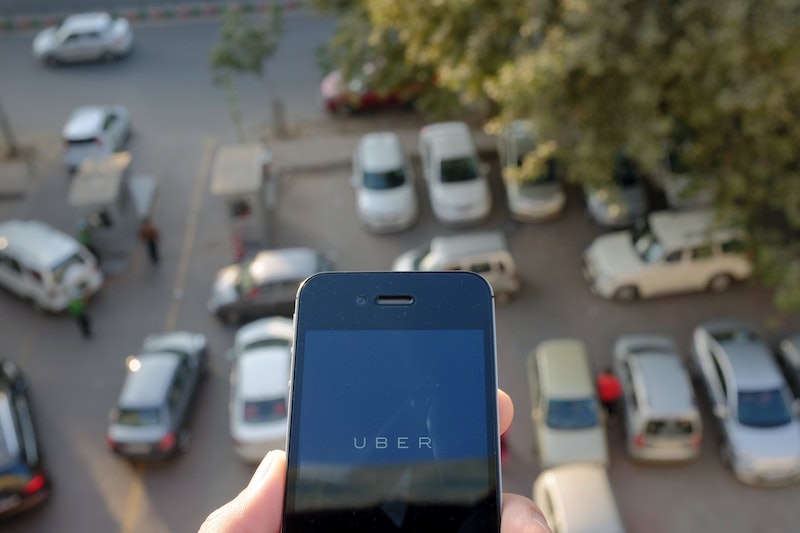 Following several incidences of rape and sexual assault and allegations of a shoddy background-checks system, Uber India has been attempting to remake itself as a safe and reliable company for its women customers. Whether the company's plan is working, well, that's still up for debate, but one of the latest safety additions may at least ease the nerves for female passengers. Uber India will include a panic button in its ride-sharing app, which customers could press at the first notice of danger.

The panic button will be connected to the local police department, allowing passengers to notify authorities before it's too late. In a post on the company's blog, Uber India explained the reason for having an in-app panic button instead of a physical panic button, writing that it would cause less confusion:

We found that not only are physical buttons prone to wear and tear, but also mechanical malfunctions. There is no way to ensure that they are kept in working condition across all the cars in the city.

Accordingly our solution is to have an easily accessible in-app panic button that one can activate with a single tap. Forward looking regulatory authorities in India are already embracing this position and requiring technology platforms to have in-app safety features. Himmat, an SOS app launched by the Delhi Police is a testimony to the potential of app-based safety technology to solve real world problems.

Uber India also introduced several other safety features this week, including a safety net platform that will allow passengers to share details of their Uber ride, such as real-time location, with up to five friends or family members. Both the in-app panic button and safety net features are set to launch on Feb. 11.

"Our goal is to make Uber the safest place in the city," Uber India officials wrote in the blog post. "To do this, we will continue to leverage our technology...to deliver rides that bring unprecedented transparency and accountability to your transportation experience."

In addition to the in-app panic button and the safety net, Uber India said it has also created an Incident Response Team that will respond to rider-reported incidents against people and property. The company said the Incident Response Team has been trained by extensively by U.S. safety experts. "[The response team] will also assist local law enforcement officers during distress situations," Uber India said.

Uber India came under fire for its lax safety features in December, when an Uber driver in Delhi was accused of driving a female passenger to a secluded area and raping her. Delhi banned Uber was operating in the city as a result.

Just a few days ago, Uber India announced it was partnering with First Advantage to strengthen its background checks process. Uber India said in a blog post that the partnership will develop "additional layers of screening over and above the standard transport licensing process including: address verification, a local criminal court search, and a national criminal database search."