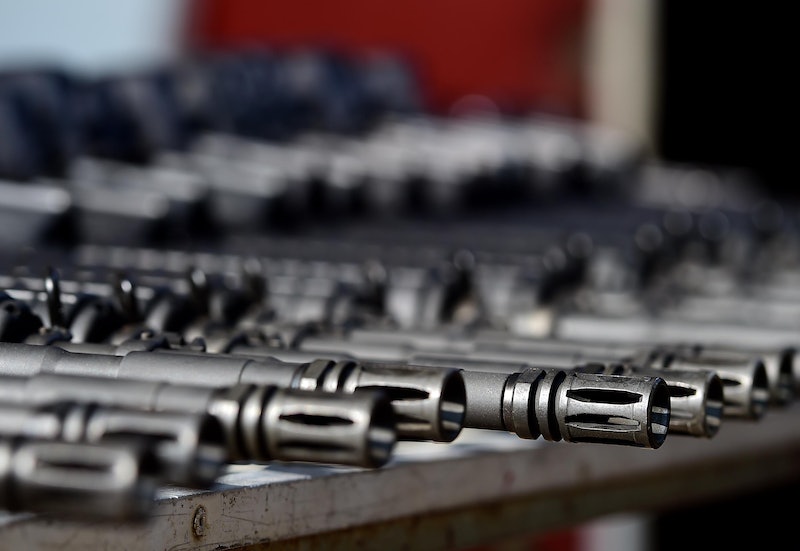 For the last several months, the spirit of protest has been deeply, profoundly rooted within our society. Whether it's undocumented immigrants stepping out of the shadows to call for change, or the countless people marching and demonstrating under the Black Lives Matter banner, from Ferguson to New York City and beyond, protest is a highly visible, essential fact of American life. But not all protests are liberal-minded, or mounting such eminently humane, reasonable causes. For a prime example, look in the Pacific Northwest — pro-gun protesters want open carry in Washington's state legislature, and it's nothing short of absurd.

Obviously, there will always be fair-minded disagreement about how far the Second Amendment rights afforded by the Constitution go — I happen to favor far tighter gun control laws than could ever reasonably be passed nowadays, but that's just me. Regardless, this sounds like the very definition of an ill-conceived overreach.

Here's the basic idea: you can't carry firearms into the viewing gallery of the Washington legislature. Why? Because it's the legislature, obviously. If you can't bar firearms from an area that rich with targets for assassination and violence, you kind of can't justify barring them anywhere. But maybe that's their point?

And so, a collection of armed demonstrators (50 or so, according to the AP) descended on the Washington state capitol building in Olympia Saturday, with a single goal in mind: take their guns into the viewing gallery, get arrested, and notch a win for public disobedience of... well, prudent safety protocols for government officials, I guess (as well as dissatisfaction over a new background check law passed in 2014).

The plan failed, as state police blocked entry into the viewing gallery, sending the protesters roving through the capitol, knocking on doors to try to make their complaints heard. Perhaps most striking, from the AP's reporting, is that two of the protesters were actually members of the legislature. Republican Representatives Elizabeth Scott and Matt Shea both spoke to the assembled crowd before the attempted entry into the gallery.

It's entirely possible, I admit, that I'm the out-of-step one here. Open carry laws are prevalent across the states, after all, if not popular. But it sure seems like some of the open carry shows of strength we've seen in the recent past walk a pretty narrow line between earnest, good-faith outcry and intimidating trolling — remember when rifle-toting pro-gun activists descended on a Chipotle in Texas? Even the NRA threw some shade on that one. It'll be interesting to see where this goes, as with so many other states wrestling with the activist right on guns. Suffice to say, any state legislature that lets random citizens wander through the gallery with loaded firearms is one I will not be visiting.