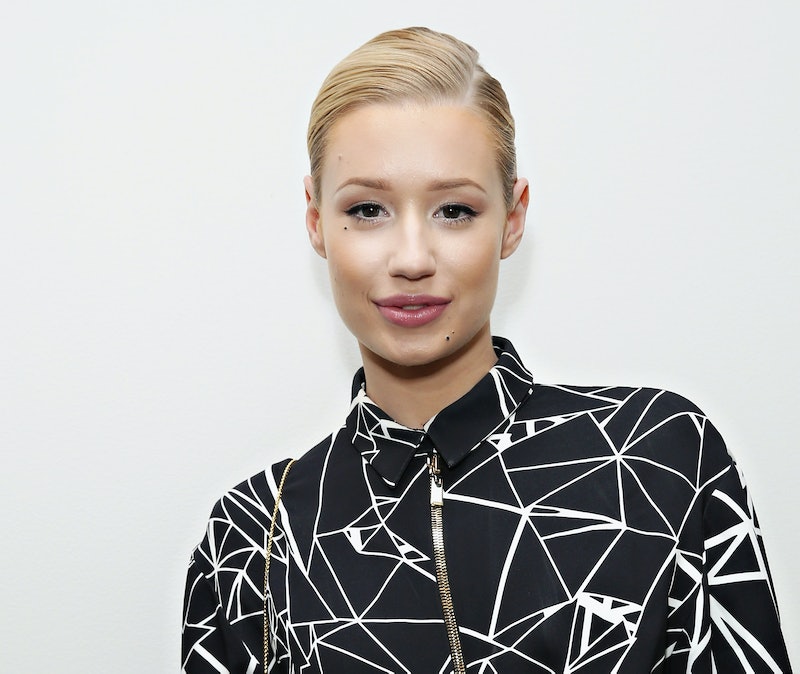 Grammy nominee and Australian rapper Iggy Azalea’s Grammy dress was a no-brainer, she tells People. Mostly because someone called her on the phone inquiring about all of her favorite things, and then made that into a dress. Surely it couldn't have been that simple, you’re thinking. Think again, pal. “I got a call from Armani, and they said, ‘We would love to sketch some things. What do you love?’” she tells People. “I said, ‘Well, this is making it very easy for me.'” The dress she ultimately chose was one she felt would relay “gracefulness.” (Shout-out to our girl Jennifer Lawrence.)

Iggy is currently nominated for Record of the Year, Best New Artist, Best Pop Duo/Group Performance, and Best Rap Album, the latter of which has been a point of contention in the weeks leading up to the big night. Should she win, she will become the first female to win the award as a solo performer, and many feel it's an accomplishment she hasn’t earned. “I believe we’re finally on the cusp of a moment in which female rappers are commanding unprecedented respect, and I would love a Rap Album win that feels in step with this shift,” wrote Lindsay Zoladz in a recent article for Vulture. “But the thought of Iggy Azalea being the first woman to reap the rewards of this transformation fills me with the same kind of dread I had in the darker days of the 2008 presidential campaign; Iggy Azalea is basically the Sarah Palin of rap.”

Zoladz's piece is a thoughtful reflection on why many find fault with the Australian rapper's cultural misappropriation, and you can read it in full here. As for Iggy, at least her dress was an easy win!