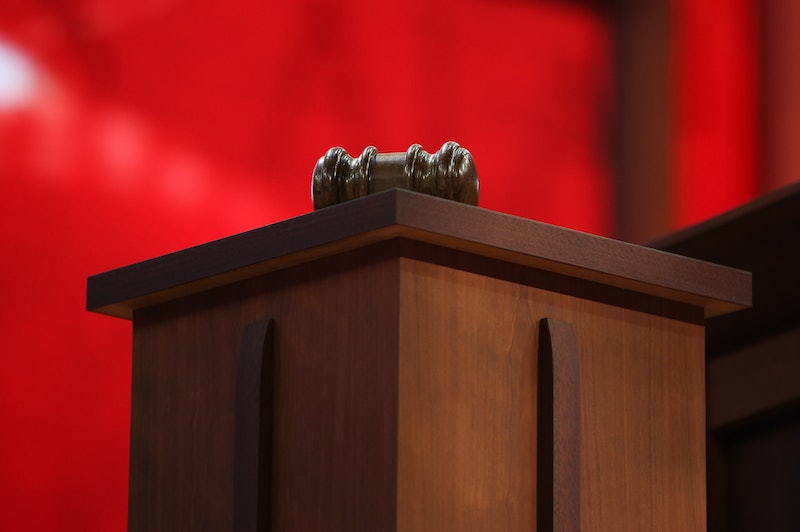 Be fore warned, this story is equal parts disturbing and depressing. Every now and then, a case comes along that makes it blindingly, achingly obvious how far the law has to go, and you can consider this a prime example: an Oregon judge acquitted a man for upskirting a 13-year-old girl Friday, a decision which has inflamed outraged, entirely understandable criticism. And yet, even as people decried this apparent miscarriage of justice on social media, it's all sadly very familiar.

Here's what happened in plain terms: a 61-year-old man named Patrick Buono decided to sneak some cellphone photos up the skirt of a 13-year-old girl, in an aisle of a Portland-area Target store. He was spotted by another shopper, and thanks to security footage of the incident, Buono was brought up on charges. He faced two counts of invasion of privacy, and two counts of "attempted encouraging child sex abuse," according to Reuters.

The girl in question, now 14, even testified against him, a considerably brave act considering how traumatizing it can be for young victims to face their alleged abusers in court. And yet, when the verdict came, it seemed impossible — Buono was acquitted on all charges, with Judge Eric Butterfield concluding that he violated no laws.

Make no mistake, Butterfield may not have wanted to rule this way. He strenuously insisted as much while rendering his verdict, calling Buono's deeds "appalling" and "lewd." But, he ultimately decided that the law simply didn't offer this young girl — or, by logical extension, any Oregon woman — protection from these kinds of violating photos. If she hadn't been wearing underwear at the time, it might've been different, but according to Inquisitir, Oregon's violation of privacy laws require nudity to come into effect. Buono's lawyer, Mark Lawrence, offered up this cold comfort in his client's defense: "He did not deny it and he feels real bad about it too, by the way."

Basically, the problem is this: filming or taking photographs in public places, even of specific people, is not illegal. In fact, that's a crucially important right we have as Americans — it's the same concept behind our legal right to film interactions with the police, however often departments may complain, or try to infringe it. Obviously, skulking around in a Target is legally different from being in a public place, but the failings of the law in this area have been put on full display lately — from Texas, to Washington, D.C., to Massachusetts, where they actually passed a new law to fix things.

And new, specific laws may be exactly what's needed. What else can you say when criminal justice system that denies upskirting is a violation of privacy? Perhaps Washington County Deputy District Attorney Paul Maloney said it best — he told Reuters the girl was shocked by the outcome, and he made it clear just how little he thought of the defense's privacy argument.

Sure, she’s in a public place. But she had an expectation of privacy that a deviant isn’t going to stick a camera up her skirt and capture private images of her body.