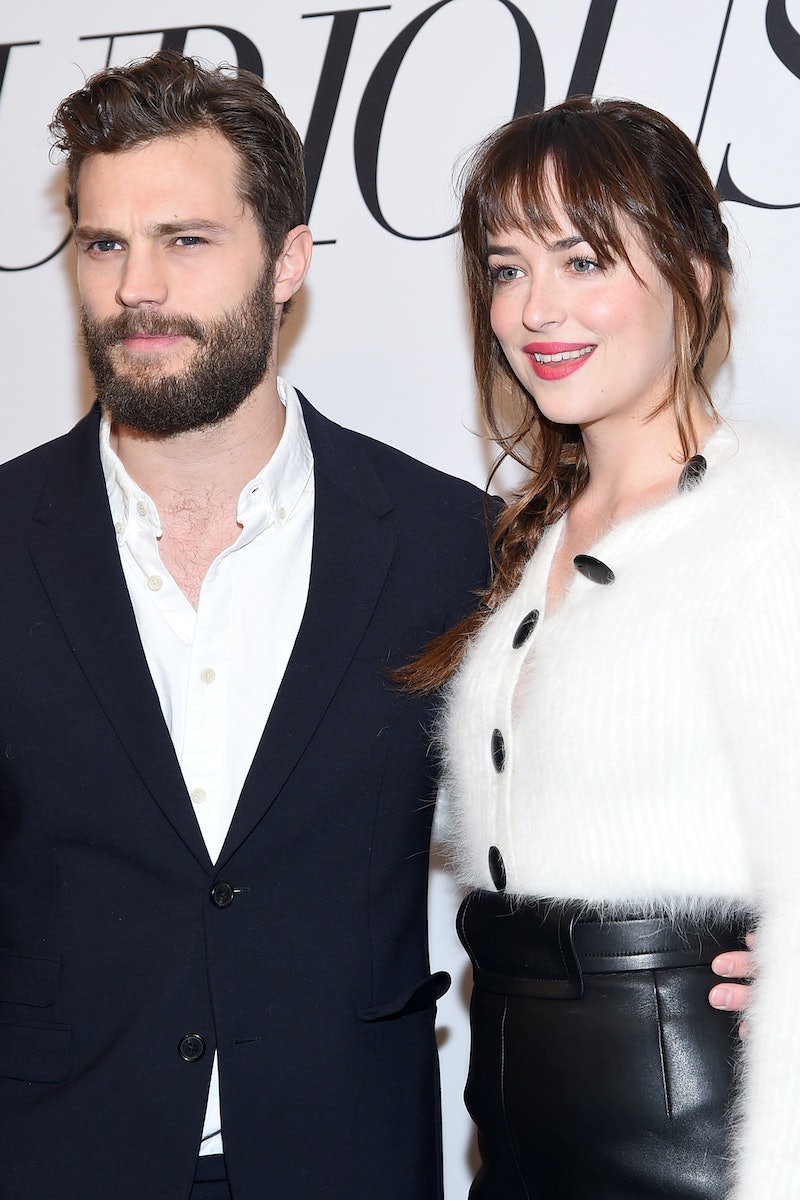 Going to a midnight showing of something you've waited forever to see isn't just another night at the movies, it's an event, and a lot of die hard fans celebrate that event by dressing up in costume. How many times have you gone to see a Harry Potter movie to find half the people in the theater wearing Hogwarts robes and carrying wands? But if you're super excited to see Fifty Shades of Greythis weekend, you should probably just wear a regular outfit. According to Mashable, AMC theaters are asking patrons to leave their Fifty Shades props at home.

"While we welcome those guests who want to show their excitement for a film by dressing up in costume, we do not permit weapons (real or fake), or props/costumes that would make guests uncomfortable, or detract from the moviegoing experience."

So, um, whips, chains, handcuffs... those should probably stay in the bedroom for after the movie, if you're into that kind of thing. Actually, just to be safe, your fellow moviegoers would probably be pretty happy if you just brought yourself and your popcorn to the movie, and if you avoided eye contact with each other during the more blush-worthy scenes in the film. You know, despite the fact that merchandise tied to the movie is being sold at Target and all.

If you absolutely must have your favorite Christian Grey approved items while seeing the movie for the first time? Wait a few months. There's always Redbox!