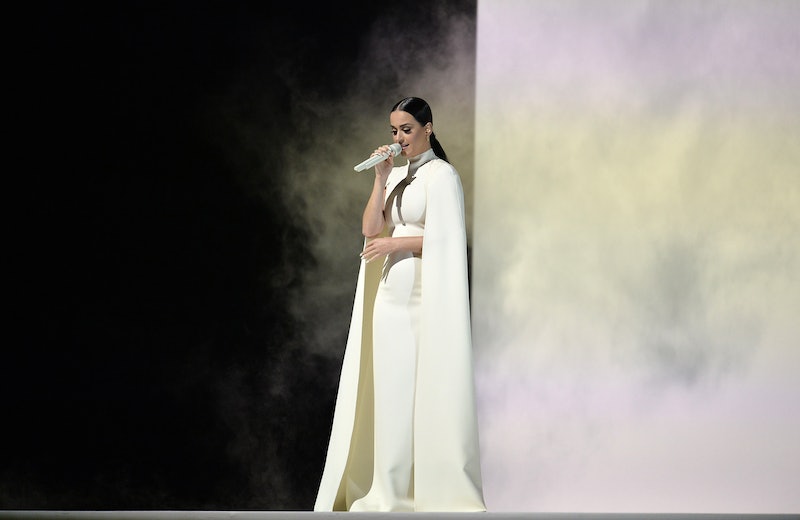 There are a lot of amazing performances at this year's Grammys, but Katy Perry's is one I looked forward to the most. Not only is Perry performing a song she's rarely performed live, "By the Grace of God," but she's also made it extra special by featuring domestic abuse survivor Brooke Axtell, who performed a written-word piece. In case you're unfamiliar with the song, Perry wrote it about the times she contemplated suicide during her divorce with Russell Brand, so the performance was already expected to be a tearjerker. Now, with Axtell's help, it was that much more powerful, and I'm completely blown away.

Brooke Axtell told the story of her experience of domestic violence, and in it was an important message that basically boils down to this very true statement she included in her piece: "Authentic love does not devalue another human being."

"If you are in a relationship with someone who does not honor and respect you I want you to know you are worthy of love," Axtell said. "Please reach out for help. Your voice will save you."

Then, Perry took the stage to sing "By the Grace of God," which is generally a very emotional song. With Axtell's perspective, it becomes even more powerful — and with people like Chris Brown in the audience, it's a message I'm glad the Grammys decided to share.