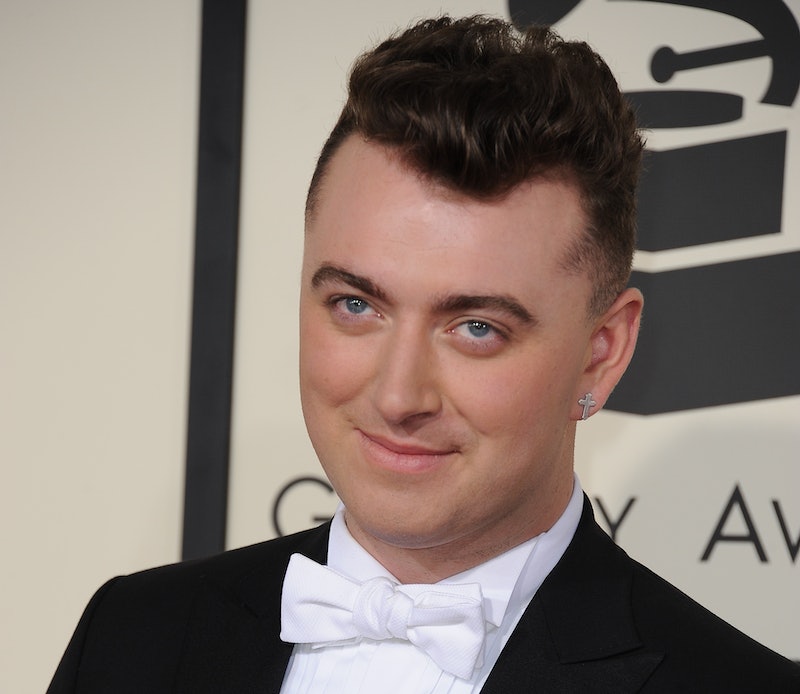 For me, Best New Artist was one of the most exciting categories of nominees at the 2015 Grammys, if not thanks to diversity then at least thanks to feminism. The number of female nominees outnumbered that of the male nominees, leaving a very stiff competition between Sam Smith, Bastille, HAIM, Brandy Clark, and the ever-controversial Iggy Azalea. Despite Azealia Banks' assertion that Azalea doesn't deserve a Grammy, the latter was still quite a contender for one of the awards leading up to Sunday's ceremony. However, she went home empty-handed in this particular category because Sam Smith won the award for Best New Artist, and it's an honor that is well-deserved.

Sam Smith is an artist that rose to fame in 2012 and, since then, they have gone on to release such amazing hits as "Lay Me Down," "Like I Can," and, of course, "Stay With Me." His songs are catchy and interesting, his fan base is ever on the rise, and that only looks likely to increase now that he's been leant the credibility of a Grammy Award. And, when Smith took the stage to accept his award, he likely endeared themselves to an all new age of fans with his simple speech that ended with a cry of, "I WON A GRAMMY!"

In fact, the only real surprise here is what a surprise this wasn't. If you ask his fans, it was always clear that Smith was going to be the one to take home the statue over anyone else in the category.

Clearly, the fans are all that Smith really needs. However, just as noteworthy is the fact that even people who aren't fans of Smith are unsurprised by his victory in the category, proving that as long as you have, you know, two ears then you can hear for yourself why he's the real Best New Artist. You don't have to like him, or his music, but you at least have to respect that it's poignant and beautiful — and that "Stay With Me" will probably make you cry.

The people have spoken.