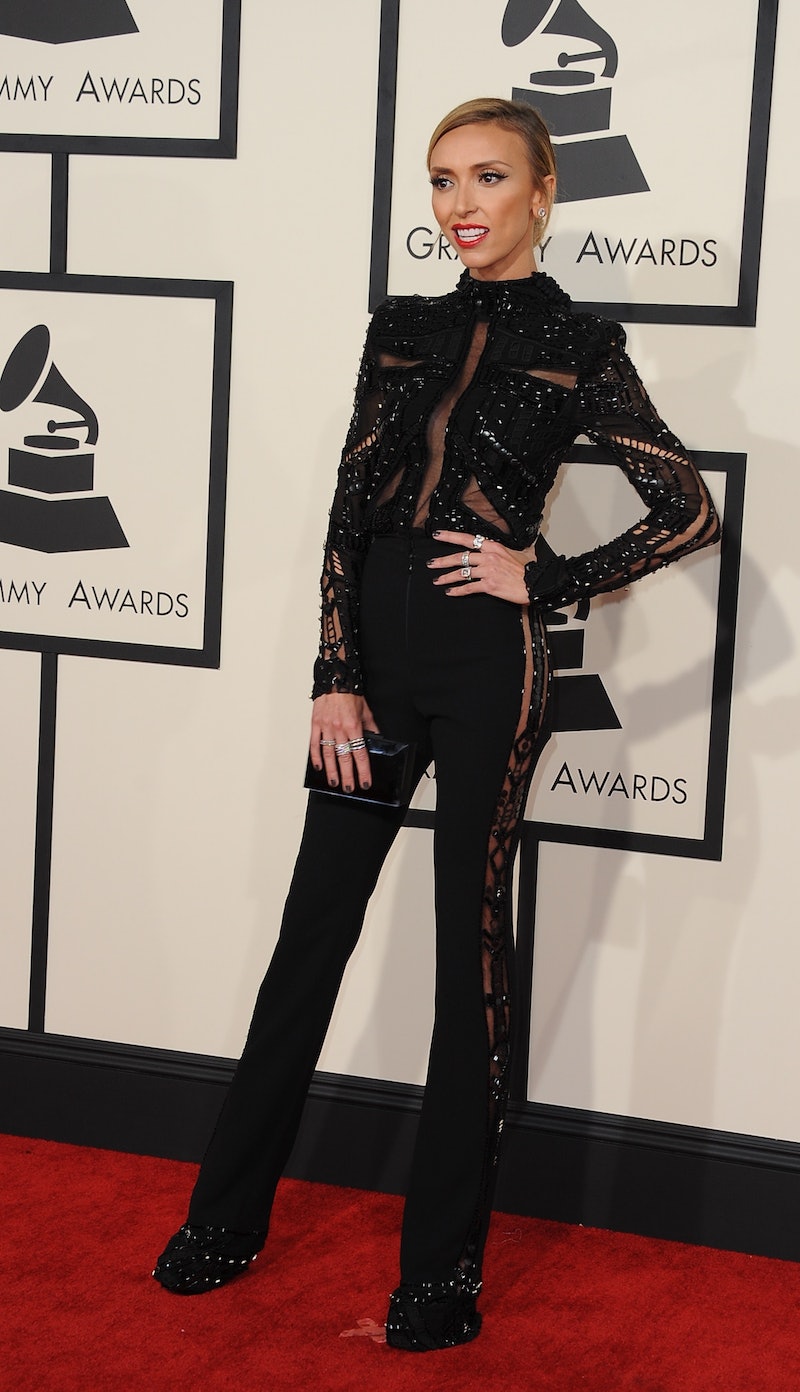 Sigh. Is there anything better than the red carpet before the award show? In my opinion, it's way better than the actual award show itself. Finding out what everyone's wearing for the first time, obsessing over how hilarious Giuliana Rancic is, and the potential for awkward run-ins with celebrity exes? THE BEST. And despite E!'s dreaded mani cam, a lot of my favorite moments from award season come from the red carpet, especially the funny and/or brilliant quotes that come from the actor and artist interviews as they arrive at the event. The best quotes of the 2015 Grammys red carpet? Gathered right here for your easy access.

This year's red carpet before music's biggest night was just as amazing as every other red carpet in existence, and that means that our favorite celebs and musicians are just as funny as they've always been.

"I think everyone has sadness in them sometimes. And I just get mine out in my music so I can laugh and joke and flirt with you." — Sam Smith to Ryan Seacrest

"These boots have nails in them. I can't dance in nails." — Madonna

"Valentine's Day is every day." — Nick Jonas, my imaginary boyfriend

"What do I hate? I guess, like, misogyny in the industry." — Charli XCX, speaking the truth

"We were watching you earlier, by the way, and your suit looks amazing on television." -Chrissy Teigen, master complimenter, to Ryan Seacrest

"I usually just wear shorts. That's like, my thing." — Pharell, whose thing is actually giant hats

"I haven't read the book. . . but I'm very pleased i'm going to be on the soundtrack." — Annie Lennox on Fifty Shades of Grey

"I love Katy. I love her breasts." — Nicki Minaj, speaking for all of us on the subject of Katy Perry

"Yeah, that's my look. Everyone knows it now. Not smiling makes me smile." — Kanye West on frowning