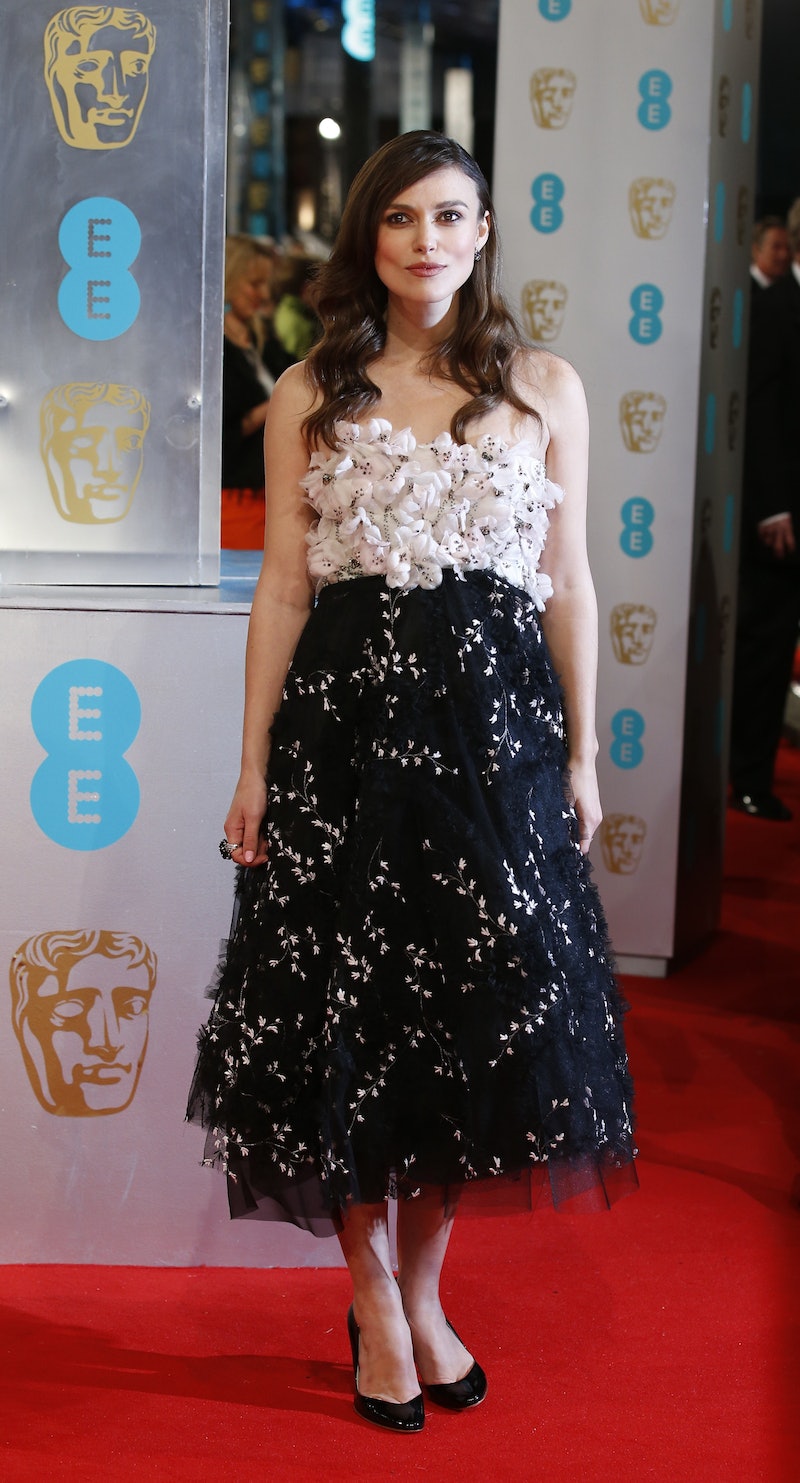 When the moon is in the seventh house and Jupiter aligns with Mars, Keira Knightley sheds whatever 19th/early 20th century period garb she's wearing for her latest job and walks a red carpet in contemporary clothing. Today happens to be one of those fateful days. Keira Knightley wore a rather ornate frock to the 2015 BAFTA awards, and reminded us that she enjoys wearing clothing that poses rhetorical questions to her audience. In this case, the question is: What strange textile alchemy is occurring on the bodice of this dress?

Knightley, who is nominated for a Best Actress BAFTA this year for The Imitation Game, arrived on the red carpet at London's Royal Opera House on Sunday evening wearing a Giambattista Valli strapless minidress. The dress appears to be made of a black and white crinkled silk, and the top of it features a bunch of little clusters of tulle (?) of an obscure classification. Are they bows? Are these rosettes? Is this just regular ruching? We may never know!!

One thing's for sure: Knightley has demonstrably transformed into an extremely expensive-looking tissue paper flower. I know that the designer was probably going for texture here, but I'm decidedly nonplussed over the look of this fabric. Her hair and makeup are great though!