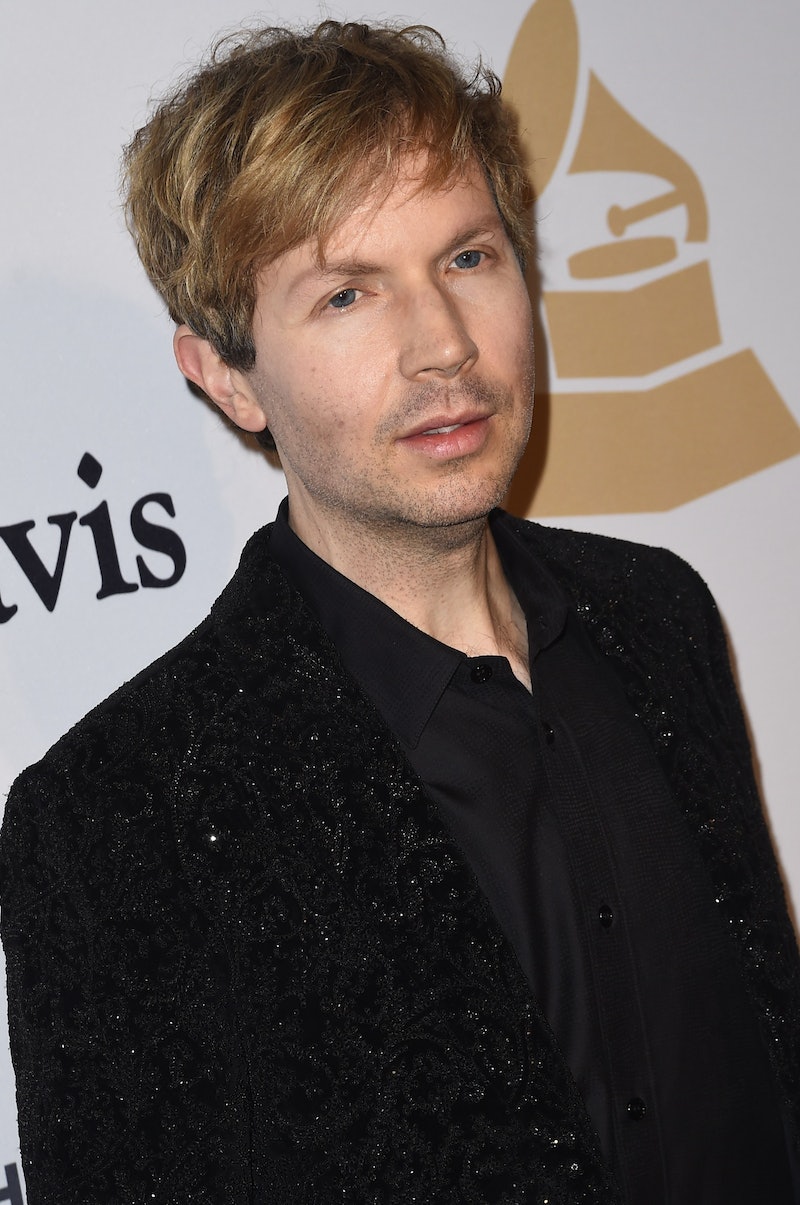 I won't even lie: Going into the Grammys 2015, I has absolutely no clue which exemplary record I was pulling for in the Album Of The Year category. I mean, the nominees are all spectacular in their own ways — Beyoncé's self-titled surprise album BEYONCÉ, was of course a masterpiece, I'm still playing Sam Smith's In The Lonely Hour on repeat 24/7, Ed Sheeran's x was mind-blowing, Pharrell Williams' Girl was total earworm fodder, and Beck's Morning Phase was yet another unsurprising hit. How's a gal supposed to choose when there's literally no wrong answer?

That said, as with all awards shows, there can only be one winner — and though every choice was deserving of taking home the honor this year, only one could take home the trophy. So, which lucky artist nabbed the award during tonight's show? Since it's pretty impossible to type out the sound of a drumroll without looking like a complete freak, just imagine one for me right now...

The winner of tonight's Album Of The Year award at the 2015 Grammys was Beck, for his album Morning Phase.

Considering Beck has been somewhat of an underdog in the race for this award since the nominees were announced, it's a huge surprise — but, it's also Beck's second award of the night, so clearly this year's awards show is all about the surprises. Taking the stage to accept the award (with a hilarious moment of Kanye almost interrupting, presumably because Beyoncé was also nominated), Beck conveyed how thankful he was for the honor, and, sweetly, thanked his kids for staying up late to watch the show. Though unexpected, Beck was, of course, more than deserving of tonight's major honor — and it's difficult to deny that the Kanye moment was sort of the best of the night.