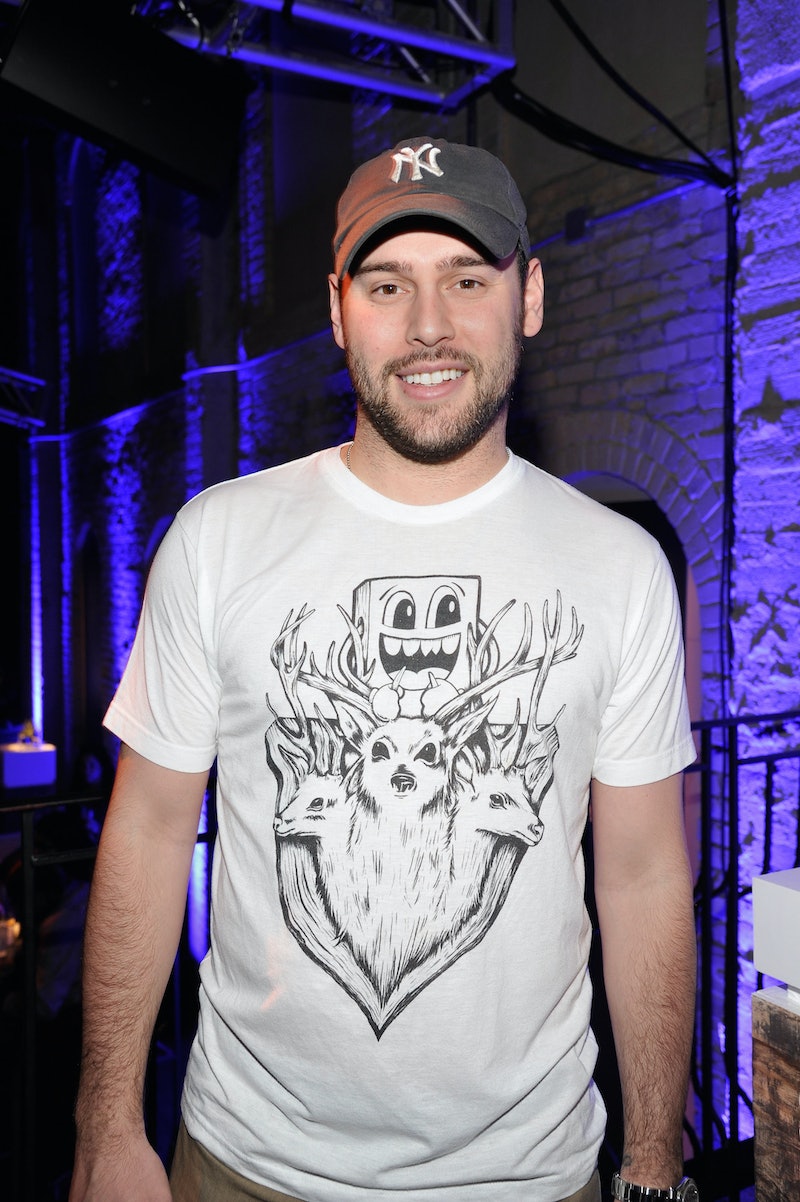 A child has been born who will forever be called Little Scooter; Yael Cohen Braun and Scott Samuel "Scooter" Braun now have a baby boy. The talent manager's wife gave birth on Friday February 6th. Little is known about the boy, except that his close relationship with Justin Bieber has started early; Bieber was among the many celebrities who visited the Brauns the Saturday after the birth in a Los Angeles hospital. The couple were married in July of 2015, with lots of celebrities also in attendance.

Because Braun is more of an industry insider, some of the nurses at the hospital weren't quite sure who he was, but TMZ reports that they certainly recognized Bieber. For those who are similarly unaware, Braun is the talent agent responsible for bringing Bieber into the music world, for better or for worse. He is a leader in the industry, owning the record labels School Boy Records and Raymond-Braun Media Group (with Usher), having collectively signed Ariana Grande, Carly Rae Jepsen, and Bieber of course. Let's hope Braun's son acts out in less destructive ways than his musical protege. congratulations to the happy couple; just consider whether Justin Bieber is really godfather material.