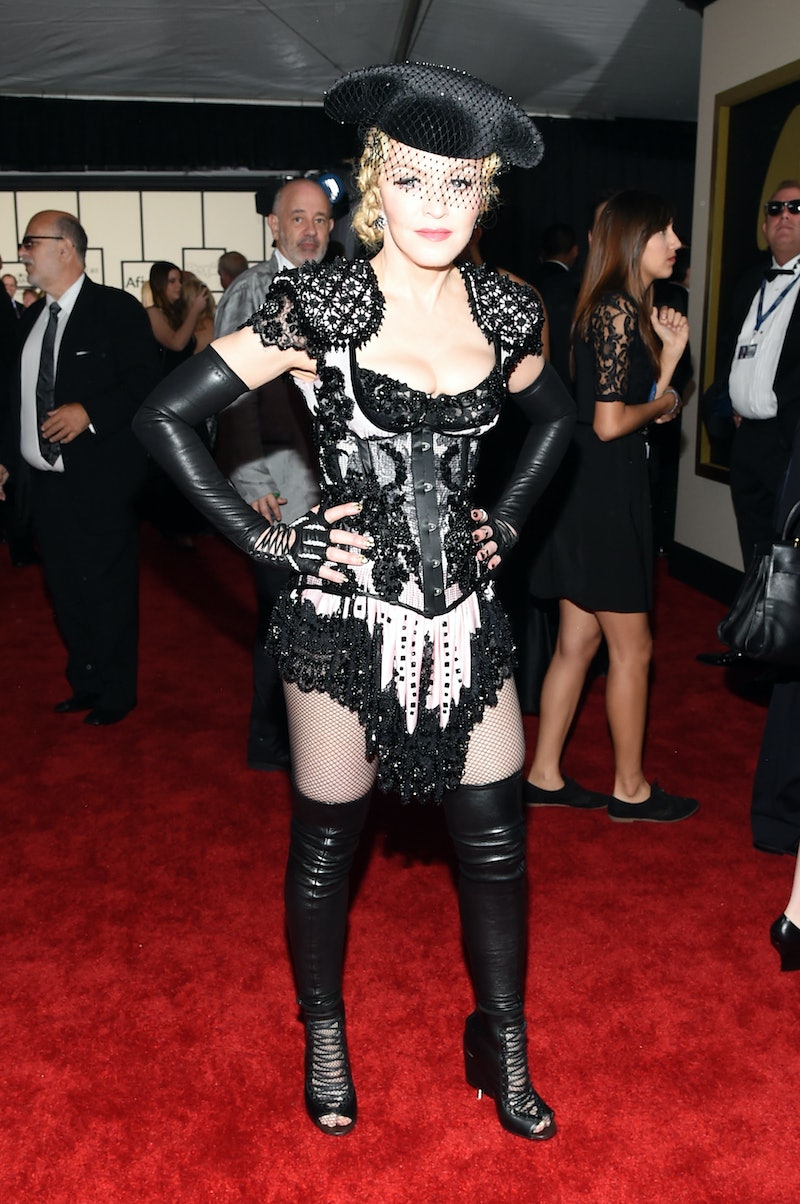 Somewhere on her way to the running of the bulls, Madge made a wrong turn and ended up at an awards show that she was actually supposed to be at. Crazy coincidence, right?! Madonna is dressed like a matador at the Grammys, making her the first individual to bring the crazy to music's biggest night. And when I say "brought the crazy," I mean that she basically wore a really expensive sexy Ricky's costume.

Madonna is performing at tonight's show (for which i'm hoping that there will be no offensive Rebel Heart photo edits), and although she wouldn't have to change in order to look theatrical, she apparently is going to change again. AGAIN?! Ughhh, so much work!!

But I digress. Let's talk about this episode of sartorial insanity. The look is Givenchy Couture, although I'm definitely getting a Leg Avenue feel from it. From the hat to the elbow-length leather gloves, to the corset, to the fringe loincloth skirt, it's straight up sexy costume. If she were in college, she would wear this to a frat party and her boyfriend would come dressed as the bull. All she needs is a red sheet and a solo cup full of beer, and she's good to go.

Also, this happened at one point. Ay caramba!!