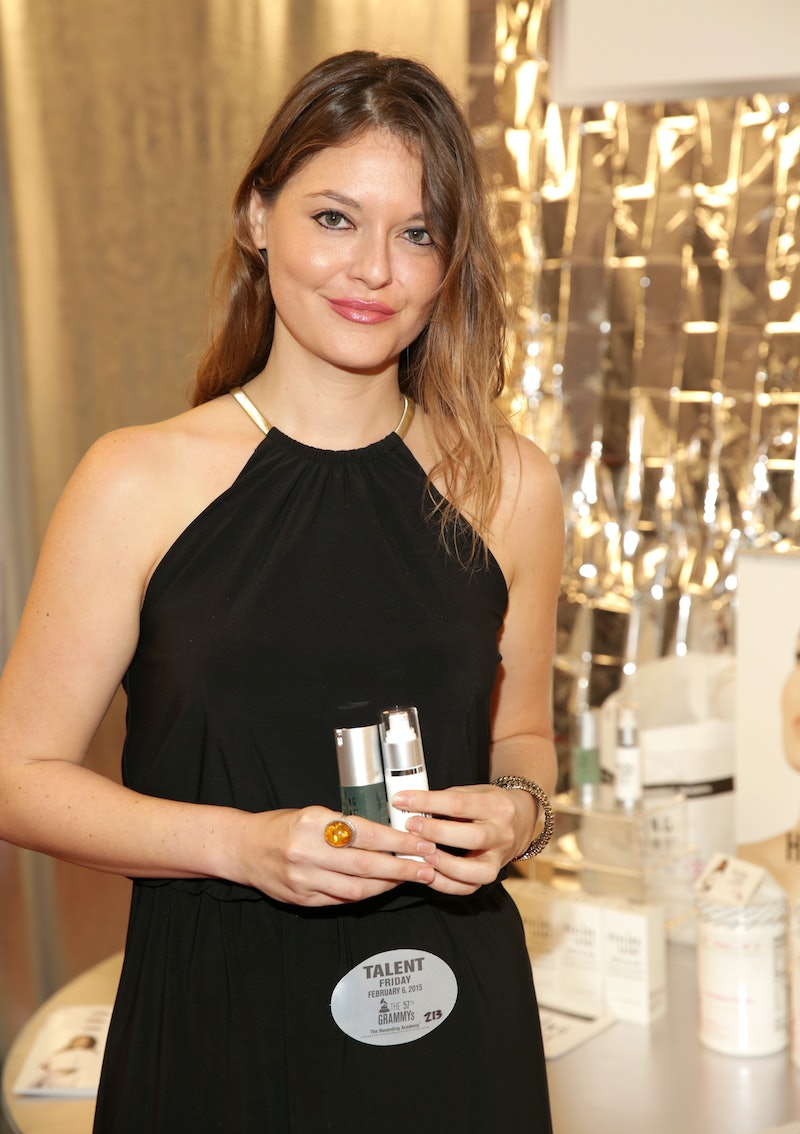 While the Grammy awards aren't historically known for being the most socially informative live show there is, this year's telecast will do a good job of making them so — in a big way. During the show tonight, Katy Perry's live performance will leave the sharks at home and, instead, include a much more serious (and worth paying attention to) rendition of her song "By the Grace of God," as well as an appearance and written word performance from domestic violence and sex trafficking survivor Brooke Axtell. Like I said: this is a performance worth paying attention to, guys.

So, who is Brooke Axtell? In short, she's a majorly important presence in combating and raising awareness about not only domestic violence, but sex trafficking and sexual abuse as well, and she's the director of Communications for Allies Against Slavery. According to a statement she gave to People when her performance with Perry was first announced earlier this month, Axtell explained her motivation for joining Perry in the performance:

It's an honor to collaborate with Katy in this way. She has been very devoted to various aspects of female empowerment...it's going to bring a lot of encouragement and freedom to those who hear my story and know that they are not alone in this.

As a survivor of sex trafficking, Axtell also opened up to Keye TV about how her own experiences inspired her to help others who are victims of domestic abuse and rape: "I was trafficked by my nanny in Dallas, Texas when I was seven years old during a time when my mom was hospitalized and he was entrusted with my care...I'm just one of many who survived this. And I see my trauma as a form of knowledge and that knowledge I have channeled into the power of compassion."

In addition to her story, Axtell's work is majorly inspiring as well: As the director of Communications for Allies Against Slavery, Axtell works with the organization to, as their website explains, "help communities and cities create holistic solutions to human trafficking and modern slavery."

Axtell is also an accomplished songwriter herself in Austin, Texas, as her website explains.

It's not only amazing that Axtell will be apart of Perry's performance during the show tonight, but it's inspirational as well — and, hopefully, it'll work in some part to raise even more awareness for the issues that Axtell has dedicated her life to combatting.

For more information about Allies for Slavery, and to find out how you can join to help, check out their website here.