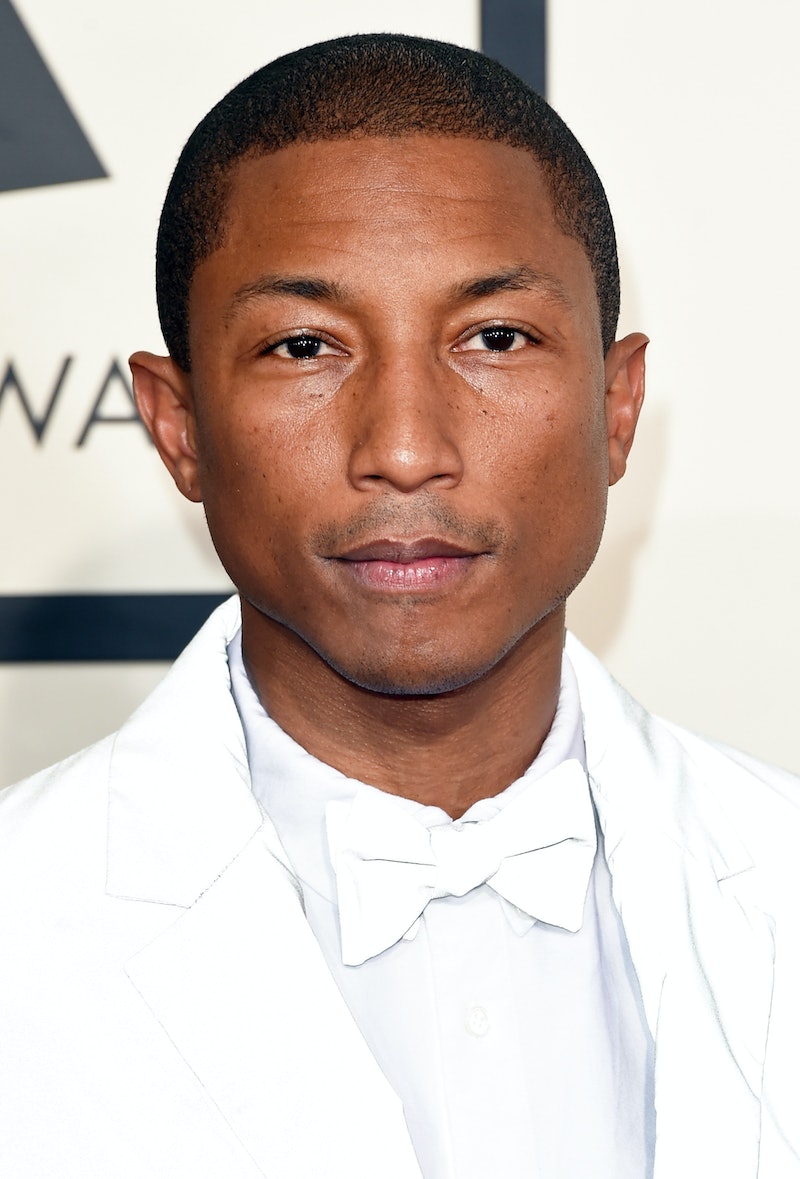 Pharrell may never cease to amaze us with his fashion, but he didn't exactly stun us with his super casual red carpet look this year, which was completely void of his now infamous hat. For this year's Grammys red carpet, the "Happy" singer decided to go with a suit with shorts ensemble from his own Adidas line. And while it was all fine and good, everyone wanted to know — where's the hat?! No offense, Pharrell, but how can you show up to the Grammys red carpet one year after your hat broke the Internet without anything on your head!?

Sure, the suit is pretty sleek-looking. What's more, it's technologically-advanced. According to Pharrell himself, the suit is crafted with a 3M-made fabric that enables it to turn white in photos. So, although it looks gray IRL, when the cameras flash, it appears as a bright white color in photos. I don't know why someone would need that, but that is a thing that suits can now do, everyone.

Let's talk more about the focus of his outfit: the shorts. It looks a bit like Pharrell just threw on a suit jacket over his gym outfit, amirite? Maybe it's the Adidas stripes on the side or the fact that he's just wearing shorts with a suit jacket, but something about those bottoms are just a bit underwhelming for the Grammys. Sigh.

Some words of advice for Grammys 2016, Pharrell: no one cares what you wear, so long as you remember to bring a hat.