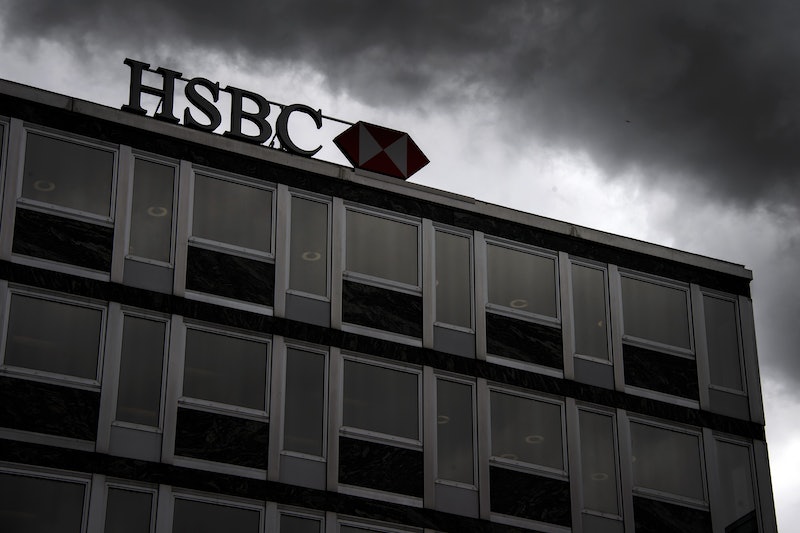 A stunning revelation on Sunday once again turned the harsh glare of the spotlight on HSBC, after its Swiss banking arm was found to have allegedly helped some affluent customers hide billions of dollars in taxes and have dealings with clients engaged in a wide breadth of illegal activities. Dubbed the "Swiss leaks," the incident spells massive trouble for the world's second largest bank, and could well shake the international finance industry to the core. But the bank and its clients won't be the only ones facing intense scrutiny — the U.S. government will be grilled following the Swiss leaks.

Now, the Department of Justice (DOJ) and the IRS are set to face questions about how it handled information it received about HSBC's illicit behavior.

The files revealed how HSBC's Swiss private bank allegedly advised clients to conceal undeclared “black” accounts from domestic tax officials across the world, as well as provided services to global criminals and other high-risk persons. The disclosure revealed data of some 30,000 accounts holding almost $120 billion in assets — 2,900 clients of whom had some connection to the U.S., providing the IRS information on potential American taxpayers who were possibly hiding assets in Geneva.

What began as a rogue operation by computer technician, Herve Falciani, who left the bank in 2008 with five disks of confidential data, has since amounted to one of the biggest banking leaks in history. French authorities who obtained the files later shared them with the IRS in 2010, reported The Guardian. The same year, as U.S. tax authorities honed their sights on HSBC, its private Swiss bank pulled out of all business with U.S. residents, and though the DOJ and the IRS have been investigating the company since, the scope of their investigation is unclear.

The files now raise the question of whether there is evidence enough to prosecute HSBC's U.S. executives. D.C. lawmakers are also likely to bring up how scrupulous the IRS investigations into undeclared assets hidden by U.S. taxpayers in Geneva were.

There is some proof of the DOJ and IRS are looking into the case. Published last year, The Guardian reported the bank's most recent annual report said the DOJ was investigating the bank:

[R]egarding whether certain HSBC companies and employees acted appropriately in relation to certain customers who had U.S. tax reporting requirement. In connection with these investigations, HSBC Private Bank Suisse SA, with due regard for Swiss law, has produced records and other documents to the DOJ and is cooperating with the investigation.

The devastating leak comes after the bank's 2012 catastrophe leading U.S. prosecutors to send HSBC grave warnings for its role as drug money conduit and violating sanctions against several countries, including Iran and Myanmar. The investigation culminated in a $1.92 billion settlement and was highly embarrassing, but this latest scandal might prove to be singularly damaging for HSBC.