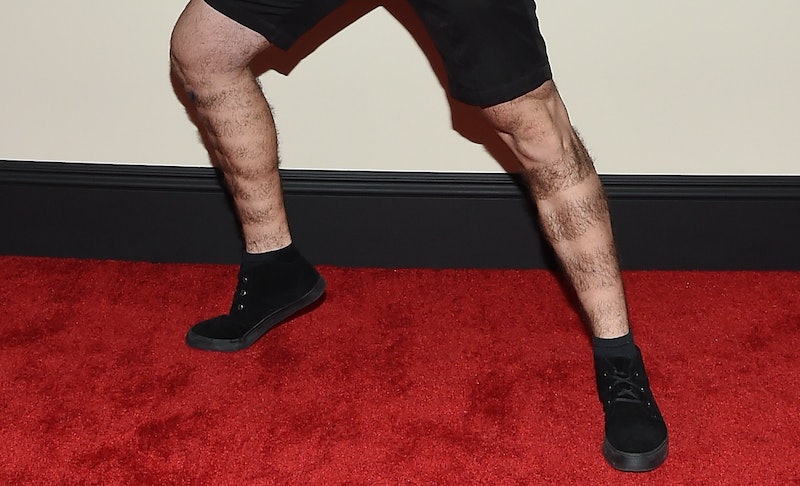 No, your screen is not going all wonky on you. The photo above is from the Grammys red carpet and that is Vine star Elton Castee with stripes shaved into his legs. The Grammys have always been a place for the fringe set to try out new looks (after all this is the place where the members of Slipknot once strolled down the carpet with dead clown masks and a spiked mace mask), but for some reason this "style" choice stands out. Shaving shapes into a dude's legs simply isn't something you see every day. There's gotta be a story here, right?

Well, as it turns out Castee said he would allow one of his cohorts to shave a mohawk into his head while they ride in the bed of a pickup truck on Vine — provided that he the Vine promising this stunt got 50,000 likes in 24 hours. Castee later posted that he would show off his mohawk later, so it would seem that his strange horizontal stripes shaved into his legs would have something to do with this bet. Besides, fans of the Vine star are probably used to Castee's strange hair-based antics at this point — for Movember, Castee allowed someone to wax off his entire beard.

Still not totally sure what's going on here? Don't worry too much. I'm pretty sure our furrowed brows and furious googling of this guy's Vine and YouTube channels is the entire point of this stunt.