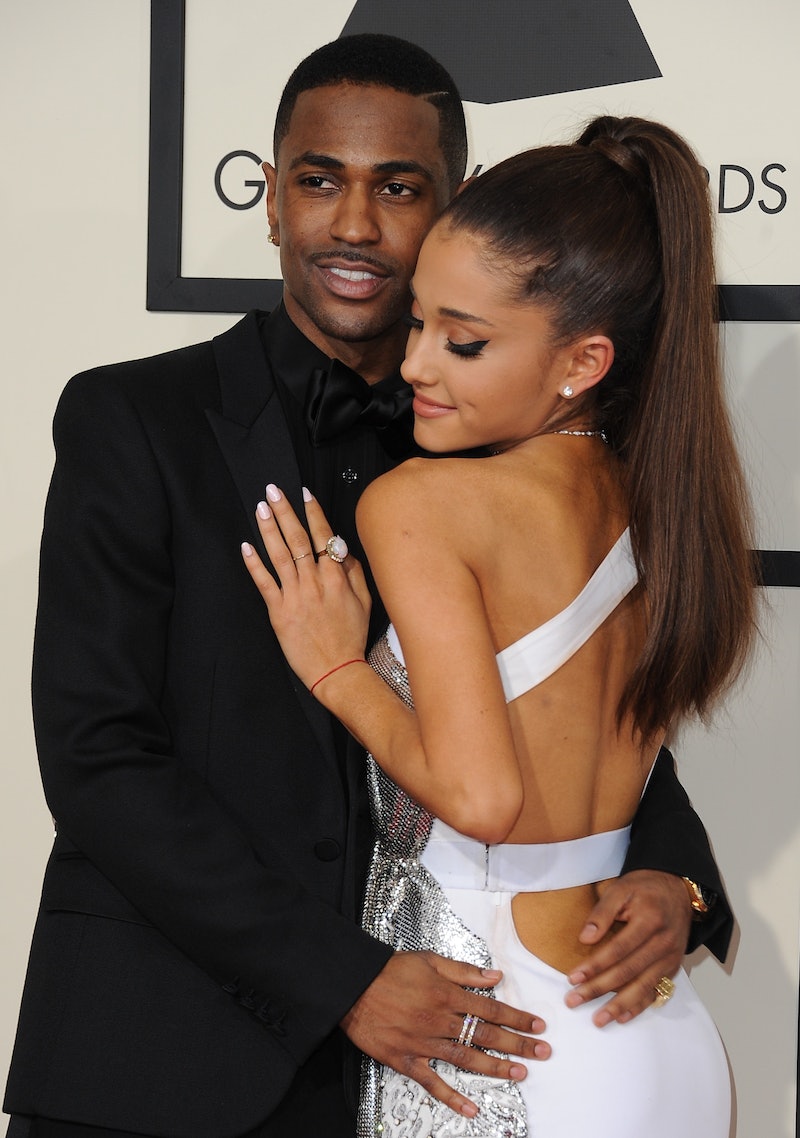 I don't know what reason you have for watching the 2015 Grammys Red Carpet, but, personally, I was there to see all the power couples gracing the red carpet with their presence. From John Legend and Chrissy Teigen to Kanye West and Kim Kardashian, Live From The Red Carpet on the E! Network was the perfect place to get your Hollywood romance fix. However, the two couples I just mentioned were swiftly and easily overshadowed by a power couple on the rise — a pair that just officially reached power couple status if Twitter is anything to go by. I am, of course, talking about Ariana Grande and Big Sean, also known as Big Grande, who hit the red carpet with such aplomb that it's all the fans can talk about.

During their interview with Ryan Seacrest, Grande and Big Sean couldn't seem to keep their hands or their eyes off one another. The private smiles they kept shooting at one another were enough to melt any frozen heart. And don't even get me started on how they effortless gave everyone such an intense feeling of FOMO that they have become the new face of Relationship Goals. (Sorry, John Krasinski and Emily Blunt.)

Please take a moment to imagine what an amazing couple you have to be in order to overshadow Kim Kardashian West wearing what appeared to be a golden, sparkling bathrobe. Hell, the love between Big Grande was even enough to overshadow Kanye smiling — and we all know how rare that is. The fact of the matter is that if there were any people out there still hating on Grande or Big Sean, or them together as a couple, then this red carpet should have been enough to make even them begrudgingly admit that the two look wildly happy together.

No, seriously, you guys, I am so done. They have killed me. I have been slayed with cuteness. Get them out of here. I have fallen into the ball of adorableness that is their love and I cannot get up. The only cure for your Big Grande feels is clearly more Big Grande, so here's hoping we get lots of camera shots of them during the ceremony itself.