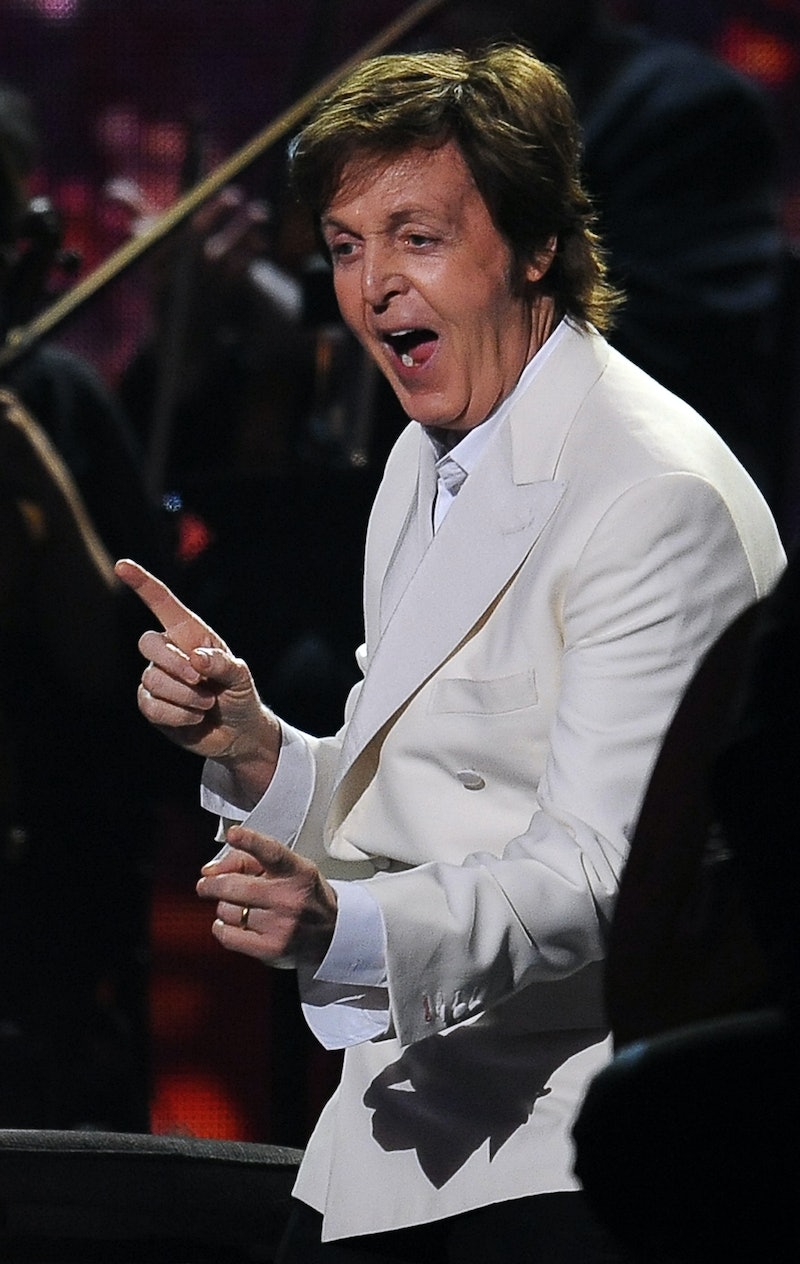 I never thought I'd say this, but Sir Paul McCartney is stealing Taylor Swift's award-show-dancing thunder. Sure, the former Beatle and current Kanye West collaborator is at the Grammys to perform "FourFive Seconds" with West and Rihanna later in the show, but that doesn't mean McCartney can't get totally into the show even before that. The Brit legend was the most enthusiastic I've ever seen him as he stood up and danced to Electric Light Orchestra's performance at the Grammy Awards on Sunday night. ELO sang "Evil Woman" and McCartney sang and clapped along in one of the greatest moments of the night. Not only that, he noticed the camera lingering on him and then he sat down. Aww.

Don't be embarrassed, Paul. It's so great to see someone super into the performances that isn't T. Swift for a change — usually she's the only one dancing, clapping, and singing along. And I think McCartney started a trend, because after he sat down, lots of other stars were shown standing up and getting into the music.

It's so great seeing artists supporting other artists and for McCartney, a Brit supporting fellow British musicians. For those who don't know, Electric Light Orchestra had 27 Top-40 hit songs in the United States and the United Kingdom from 1972 to 1986, so really, all of us should've been standing up and saluting these guys.

But hey, sometimes we just need a Beatle to set the tone first and give us what will no doubt be this week's hottest GIF (so far). Watch Paul do just that below.