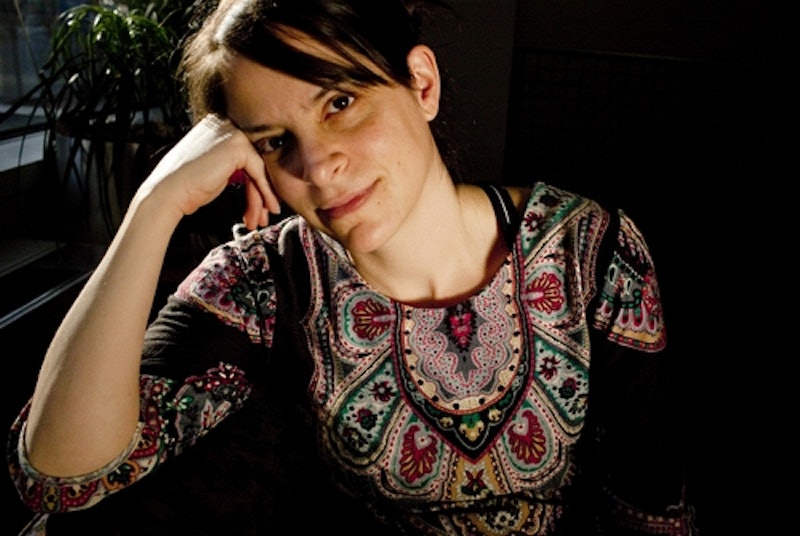 If you're looking for a gripping podcast to fill the deep, twisted hole that Serial has left in your heart, you can call off your search at NPR's new podcast Invisibilia . This new radio gem from the brilliant folks at NPR is hosted by Lulu Miller and Alix Spiegel, and features stories about the invisible forces that shape human behavior. The pilot season of the podcast kicked off on January 9, and has since captured the eager ears of listeners everywhere. Naturally, people are starting to take notice of its hosts as well, including Spiegel.

Invisibilia takes a deep dive into the dark thoughts people have that most of us would never ever feel compelled to share. The pilot episode focuses on a man they refer to as "S," who starts having graphic visions of killing his wife. S is a likable guy and even after telling his wife about these thoughts, she brushes them off because she knows he never actually would kill her. This new podcast serves as an ongoing narrative about what really makes us tick. And sometimes, that can be a very frightening thing to explore.

Luckily, at the helm of this story are two kick-ass nerds who expertly guide us through these murky waters – Lulu and Alix. Alix Spiegel is no newbie to the NPR scene, and has been working the NPR Science Desk for 10 years covering psychology and human behavior. According to NPR, Spiegel's career began in 1995 as she was one of the founding producers on This American Life.

Since then, her career has included a variety of impressive credits, awards including a George Foster Peabody Award, a Livingston Award, a Scripps Howard National Journalism Award, and a Robert F. Kennedy Journalism Award; and memorable works including 81 Words, in which she examines the history behind the removal of homosexuality from the Diagnostic and Statistical Manual of Mental Disorders.

Alix is originally from Baltimore, Maryland and graduated from Oberlin College. Her incredible work on human behavior has graced the pages of The New Yorker and The New York Times.

Within just a month, Invisibilia is already topping the iTunes charts, so something tells me Alix's great work has only just begun.