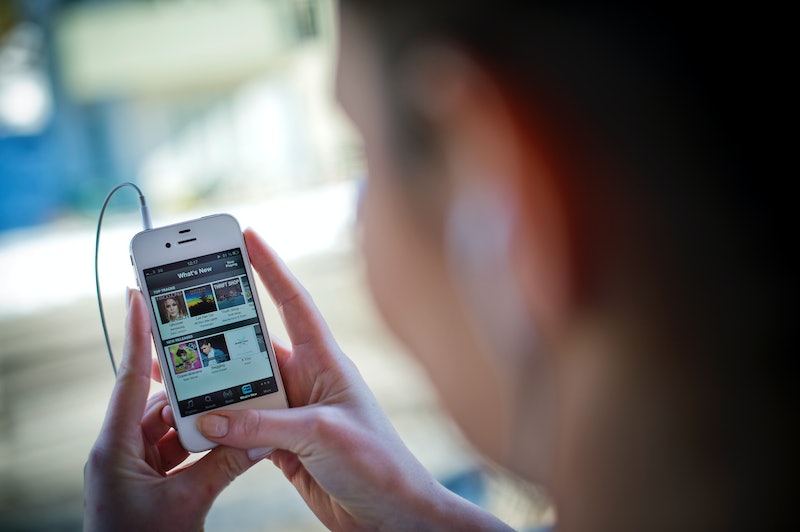 Internet dating has its advantages, but on the flipside of all the fun hookups and satisfying relationships that get started online, there's the dark underbelly of dating apps. Countless women receive abusive messages from men while merely trying to meet new people, so one woman started an the @FeministOnTinder Instagram account to combat the rampant misogyny she found on Tinder. By posting the insulting interactions she has on the app, she was able to give visibility to this pervasive problem. According to Buzzfeed, Laura Nowak's first @feministsontinder account was deleted by Instagram for violating their guidelines, however, she is back with a new account, @feministontinder, to continue her crusade.

Just like the feminists who expose the hatred they receive from trolls on Twitter, Nowak is exposing those who think women deserve to be threatened and bullied for merely existing in the world. You'd think that in 2015 we wouldn't have to remind certain men that they don't deserve sex from us just because, and that feminism isn't about causing an XY genocide, but, nope, we're still fighting the battles of the last millennia. Thank goodness for women like Nowak who are bringing a dose of reality to these deluded dudes who think they can be sexist fools on the Internet and get away with it.