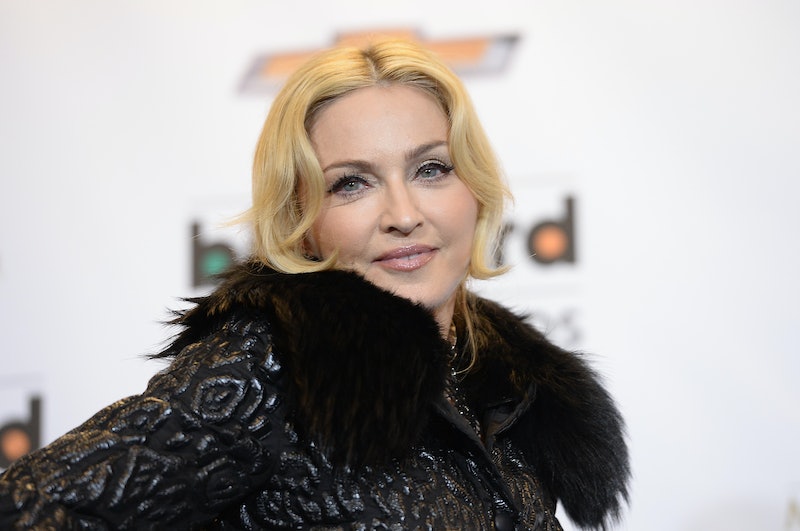 This is terrible, and it shows immense strength that she was able to talk about it. In a new essay penned for Harper's Bazaar — which she's on the cover of, this month — Madonna revealed a shocking, terrifying story from her first year spent in NYC, where she moved in 1978 searching for her big break: Madonna was a victim of rape.

The passage from the essay, verbatim:

New York wasn't everything I thought it would be. It did not welcome me with open arms. The first year, I was held up at gunpoint. Raped on the roof of a building I was dragged up to with a knife in my back...[I] had my apartment broken into three times. I don't know why; I had nothing of value after they took my radio the first time...I was poised for survival. I felt alive. But I was also scared s--tless.

It takes huge strength to even mention something as traumatic as this, so I've got to give kudos to Madonna for coming out and talking about it. Even just mentioned as one sentence in her essay, it's a huge deal, and hopefully gives other victims of this heinous crime hope and possibly guidance — after this, and her abusive, terrible marriage to human scum Sean Penn, Madonna was able to call upon amazing strength to become the successful, powerful, influential woman she is today, and everyone else can, too.

The full essay will appear in the latest issue of Harper's Bazaar.