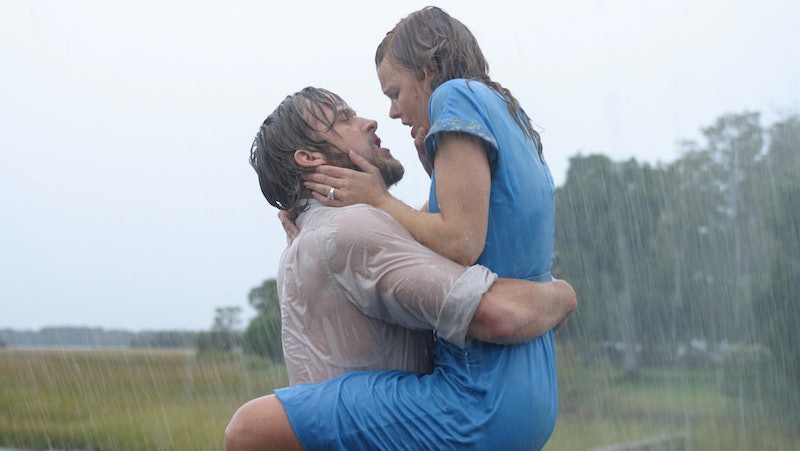 When most couples hit the point where they need therapy in order to have any hope at continuing their relationship, they head straight to a therapist. Though there doesn't seem to be much definitive evidence that couples therapy, sometimes better known as marriage counseling, does indeed lead to a massive number of salvaged relationships, experts say couples therapy can help in specific cases. If you've ever been to therapy, you know that it takes the enthusiasm and willingness to participate from both parties in order to make change; that's the clincher. According to a new study conducted by researchers at Rochester University, however, there might be an alternative.

Couples who sat down, grabbed some popcorn, watched romantic movies and simply discussed them after the fact were significantly less likely to divorce than those who didn't take the time. Their awareness of these romantic contexts and interactions brought them to more cognizant places in their own relationships. Which means, yeah, The Notebook could save your relationship. Praise be to Noah.

The study, which was a healthy three years' time, was run by Ronald Rogge P.h.D. and found that this "movie therapy" worked just as well as traditional therapy, cutting divorce rates in half for those who participated when compared to a control group. That being said, only 174 couples were involved and there's no indication as to how many were experiencing the marital issues that might cause a divorce prior to entering the study. According to Rogge, though, it wasn't just plunking down and sharing the same space whilst staring at a glowing box that did the trick, but another facet of the process: developing relationship awareness.

The idea that romantic movies could actually effect your relationship is staggering, especially in a culture that this genre, sometimes referred to as a "chick flick," is so incredibly gender-specific. In female-to-male couples, it's often a truth that men just aren't interested in what they perceive as a movie that isn't targeted toward them.

Rogge admitted that he was slightly taken aback by the extreme success of the therapy. He wrote:

We thought the movie treatment would help, but not nearly as much as the other programs in which we were teaching all of these state-of-the-art skills. The results suggest that husbands and wives have a pretty good sense of what they might be doing right and wrong in their relationships. Thus, you might not need to teach them a whole lot of skills to cut the divorce rate. You might just need to get them to think about how they are currently behaving. And for five movies to give us a benefit over three years—that is awesome."

To be sure, it's a bit sad that we're even at the point in which we need to watch movies demonstrating how we should be treating one another in order to carry it out in actuality, but hey. Whatever works.