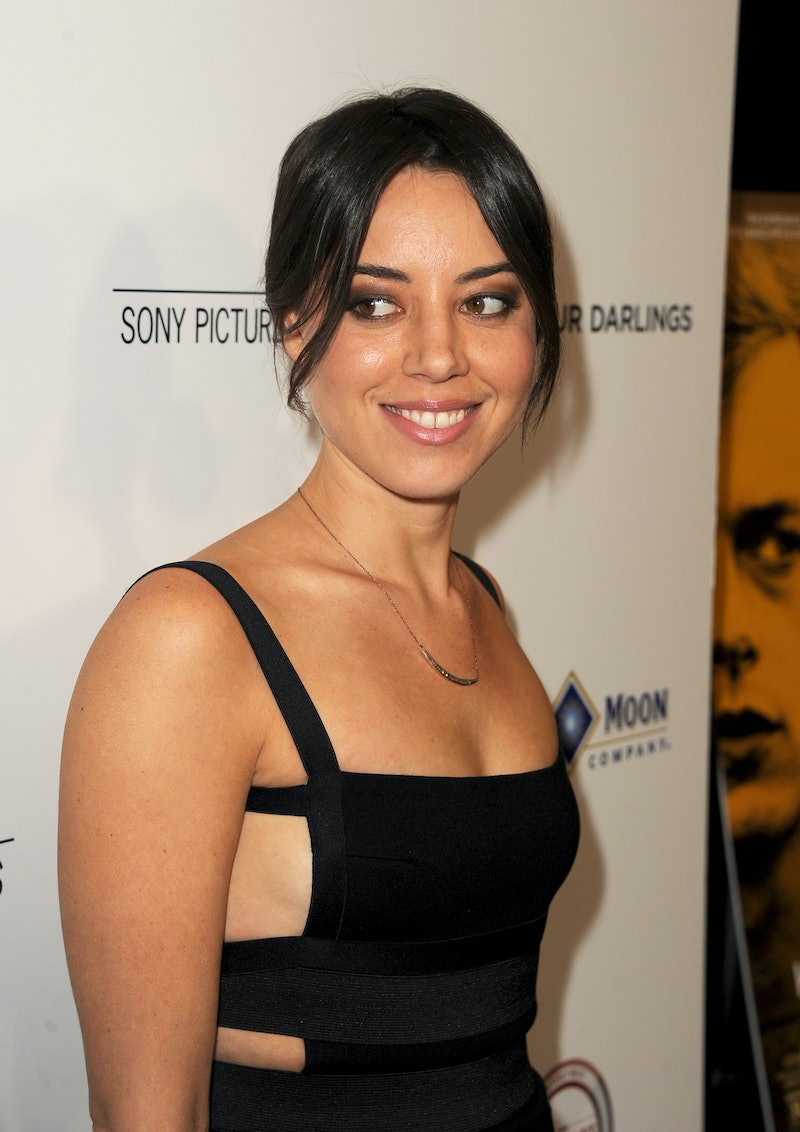 If you're not familiar with Aubrey Plaza's adorable obsession with NBA star Chris Bosh, let's start from there: Aubrey Plaza is obsessed with Chris Bosh, and in an interview with ESPN once, she called him "like a special prince." Also, she tweets him things like "BOSHHHHHH!!!! I AM YOUR MOTHERRRRRRRR" on a regular basis. You should also know that Chris Bosh guest-starred in Thursday night's episode of Parks and Recreation, and this made Aubrey Plaza really, really excited — and weird. But in a wonderful way, because Aubrey Plaza is wonderful.

As she explained to Vulture, when she heard that Chris Bosh was going to be on set, she — of course — decided to stake-out his hair and make-up trailer before he did his scene so that she could meet him.

"I decided, 'What if I did a funny bit where I pretended like I was the hair person?' I took Helena’s sweater and her glasses — she’s our hair person — and just made up a character. He finally showed up, but in my head, I thought, Well, he’s going to know it’s me, right away," she explained.

He didn't, though. Bosh sat down, and Plaza, as planned, introduced herself as Helena, his hairdresser. "I’m thinking that he’s going to go, ‘Oh, it’s you!’ and instead, he went, ‘Hi, nice to meet you.’"

Things just got weirder from there. Plaza, since she is a comedic genius, kept the bit going:

He sat down, and I was like, ‘Well... you look really good, Chris. I guess we don’t have to buzz anything or edge you up. Or, maybe, do you want me to edge you up?’ He was like, ‘No, no, I’m good.’ He said it was really nice to be there and he was being really polite, and he literally didn’t know who I was. So I kept the bit going, and I kept doing more outrageous things so that he would get a clue that it was me joking around. I picked up this Afro wig and I was like, ‘What about this? How about this fake mustache?’ and he just kept staring straight down at the floor, probably thinking to himself, ‘Wow, the hair department on this show is really crazy. All I want to do is get out of this trailer.’ The whole time I’m thinking, Well, I’ve done it so long now that I actually think it would be more awkward if I took my glasses off and went, ‘It’s me!’ That would’ve been weird.

Afterwards, Plaza says she told Bosh that he looked fine, got a picture with him, and sent him on his way — then promptly texted Amy Poehler to ask her to tell Chris Bosh the real story. Amy, unfortunately forgot, so all Plaza could do was tweet Bosh that it had been her, not Helena doing his hair.

"He never responded to me," Plaza explained. "Now all I have is a picture of us, me in character doing an Oscar-award-winning performance, as Helena the sassy hairstylist. That’s really the moral of the story. I’m an idiot and I deserved what I got, which is nothing. I did get up in his personal space, so that was cool."

This has been your Friday afternoon "cool story, bro."