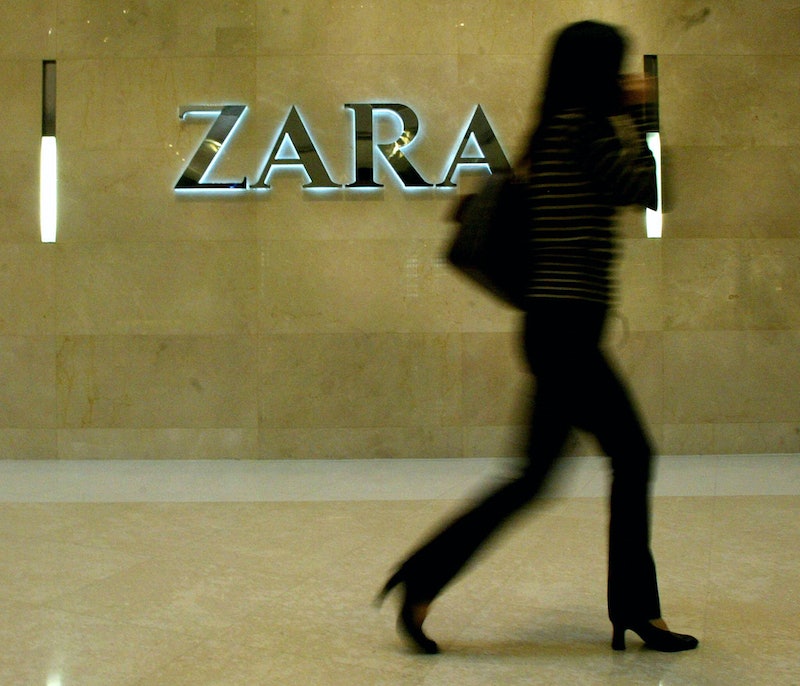 When people feel strongly about a certain subject, the take to the Internet. And this makes sense, right? No matter what it is you feel passionately about, there is going to be someone else out there on the Internet who feels the exact same way. This can be a terrifying fact. However, when it comes to bringing people together to raise their voices about stopping unethical practices, the Internet is a powerful and often wonderful thing. When activist groups started making a point to expose the poor treatment of rabbits in the collection of angora fur, retailers took notice. Now the largest fashion retailer in the world and owner of brands like Zara, Inditex has banned the sale of angora fur in all 6,200 stores.

According to the Dodo, activists began pressing companies like Inditex to ban the sale of angora after a report revealed that the bulk of angora production (about 90 percent) came out of China. Given that there are few regulations in China and that there have been many reports from groups such as PETA of poor conditions and cruel treatment to rabbits on angora farms (including things as horrible as workers ripping fur off of the rabbits while they were still alive), Inditex decided to make a bold statement and ban the sale of the material entirely. However, the company was sure to emphasize that there had been no reports or knowledge of poor conditions or unethical treatment from their previous angora suppliers.

"We found no evidence of cruel practices at the farms providing angora wool to our suppliers. But after consultation with animal welfare organizations to explore more sustainable ways to produce angora and help develop better standards within the industry, we have decided that banning angora production was the right decision," Inditex said in a statement, according to The Dodo.

No rabbits were harmed in the making of this sweater.

Protestors have been especially active in the fight to stop the sale of angora fur after a video was released by PETA that showed Chinese workers ripping the fur out of angora rabbits. According to PETA, of the 10 factories/farms visited in China, half of them used the disturbing tactics depicted in the video. It's all pretty horrifying, but one can only hope that with a company as powerful as Inditex making such a powerful statement, other companies will follow suit.