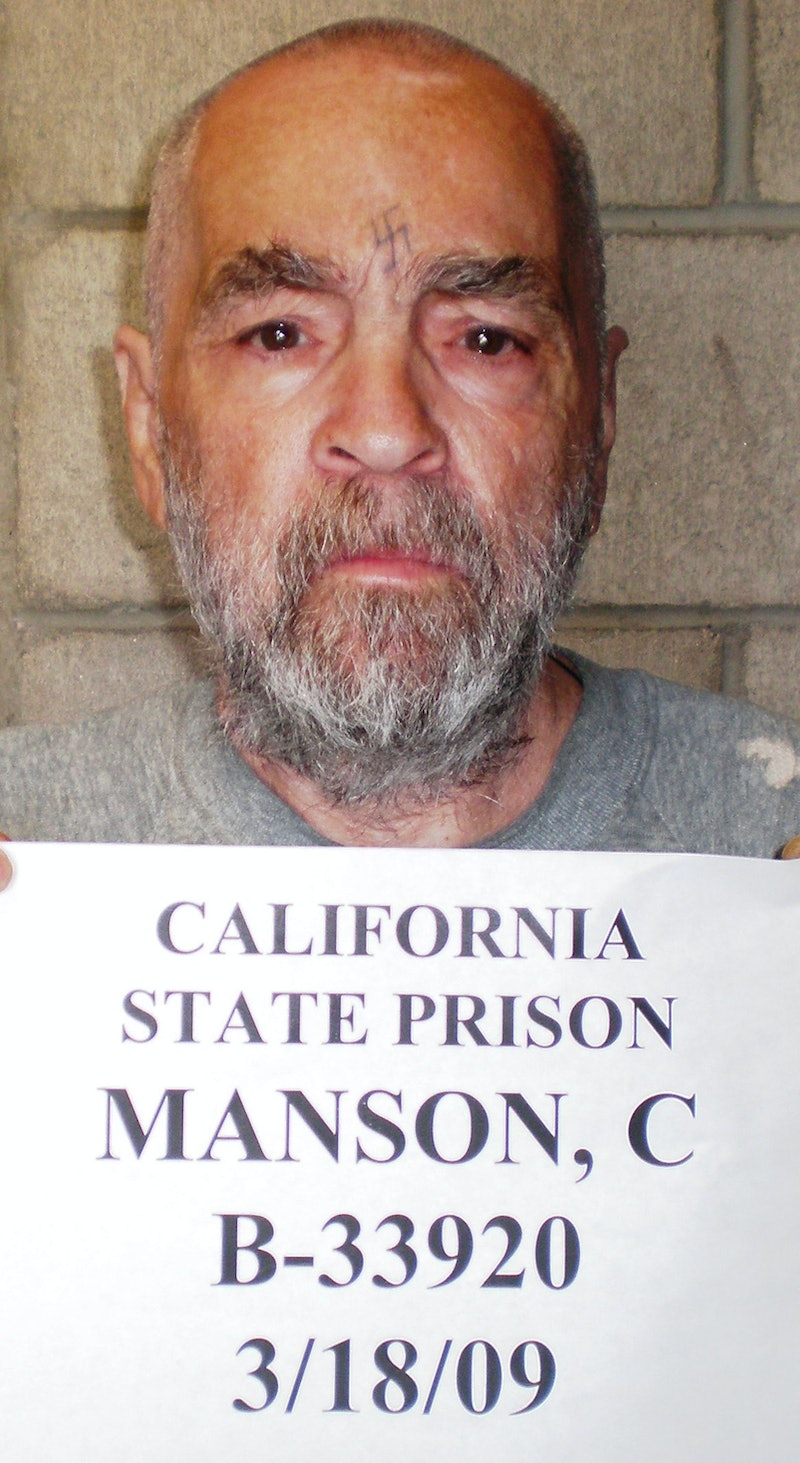 If you're looking for love this Valentine's Day, look no further than California's Corcoran State Prison. Yes, ladies, Charles Manson is still single, his impending wedding to 27-year-old super-fan Afton Elaine Burton having fallen through for mysterious reasons.

Manson and Burton, who goes by the name "Star," garnered national news headlines in November 2014 for receiving a marriage license. It was quite the scandal, because Manson is not only the former leader of a murderous cult, but also more than 50 years older than Burton. (OK, but mostly because he was a murderous cult leader.) The pair have reportedly been in contact for about 10 years, with Burton first contacting Manson in a written letter when she was just 17 years old.

Manson and Burton had just 90 days to seal the deal until their marriage license expired. Due to Manson's situation — he is serving life in prison without parole, after all — the wedding would have be held within the prison compound.

A spokesperson for the California State Prison in Corcoran told the Los Angeles Times last week that the odd couple never wed, even though the marriage license was set to expire on Feb. 5. And it did — without any holy matrimony ceremony taking place.

But no one knows why the hyped wedding fell apart last minute, though there is a weird theory spreading. According to The New York Post, Manson was being played for Burton. Not for money or celebrity status, but for the chance to have his corpse for eternity.

Journalist Daniel Simone, who previously penned a book on the Manson trial, told The Post that Burton and her friend had plans to display Manson's body in a glass display case after he died as a way, presumably, to make money. "He’s finally realized that he’s been played for a fool," Simone told the news source.

Okay, then. Burton publicly stated on her website last week that she still plans on reapplying for a marriage license, so that she and Manson can finally have their prison-themed nuptials. It's unconfirmed if Burton truly wants to use Manson for his corpse, but she seemed pretty certain of her love for the convicted murderer in November. Just after she got her hands on the marriage license, Burton told the Associated Press: "Y'all can know that it's true. It's going to happen."