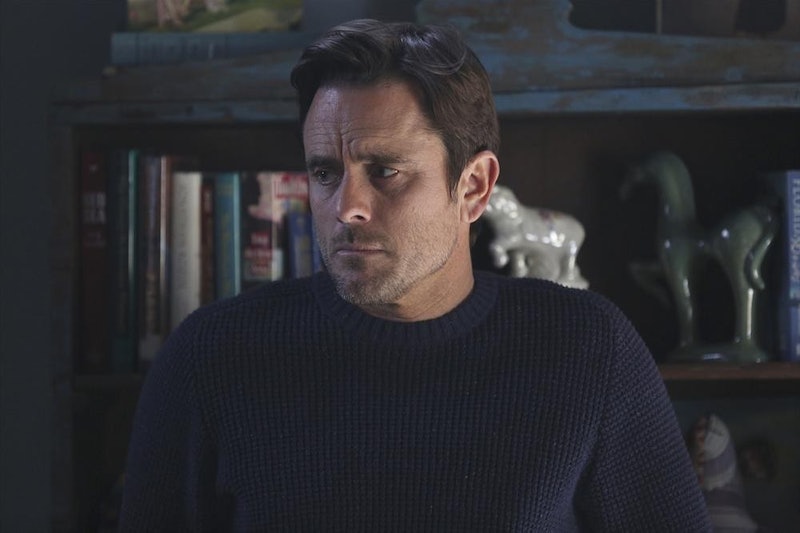 Will Deacon and Rayna ever get their happily ever after? It's a question Nashville has left fans pondering since pretty much Day 1, but it seems even a canceled wedding may not even be enough to give these two lovebirds that fairytale ending they so deserve. As the ABC drama's midseason premiere confirmed, Deacon has cancer and needs a liver transplant if he has any hope of surviving. The problem is, the doctors have yet to find the right match. (Scarlett unfortunately didn't have the right blood type.) And while I always tend to a be a glass-half-full type of person, I can't help but worry about our beloved country crooner's fate. I mean, would Nashville really kill Deacon off this season?

The thought is almost too depressing to think about, and yet it's not completely out of the question. This show is no stranger to tugging at our heartstrings week after week, nor does it shy away from death. Plus everyone knows the key ingredients to any good country song includes a hearty helping of both loss and tragedy. So bidding a main cast member farewell is certainly not out of the realm of possibility. In fact, showrunner Dee Johnson recently told The Hollywood Reporter that Deacon's cancer battle is "going to be a big struggle for him" as the rest of the season progresses. However, it's important to know that "struggle" does not necessarily equal something fatal. So fans should be nowhere close to putting dirt on his grave just yet. (Too soon?)

That said, here are the many different ways I can see this particular storyline playing out…

The Illness Brings Deacon & Rayna Together

There's nothing like a little death scare to help rekindle a long-awaited romantic spark. As sad as the circumstances might be, this could be just the thing Deacon and Rayna need to eventually get back together. There's so much history between these two — both good and bad — so this close call may inspire the star-crossed lovers to stop wasting time because life is too short and should be spent together.

The Illness Tears Them Apart

On the other hand, Deacon is already acting really stubborn about his condition — to the point where he doesn't even want anyone to know about it, because he doesn't want anyone to have to take care of him anymore. This could cause him to lash out and push Rayna away, thinking that it's for her own good. I mean, I love the guy, but this is not a good plan.

Deacon Survives, But It Comes With A Price

If Deacon does survive, I have a feeling it won't be an easy journey. For starters, the recovery process could prevent him from being able to perform ever again, or at least for a really long time. And then there's the dilemma of finding an organ donor. Though it would be easy to find a match among friends, it would be in true Nashville style to have it be among enemies. What if Luke is the only match Deacon can find? Would Luke be so cold as to offer up his liver in exchange for Deacon promising to never see Rayna again? I'd like to think that Luke isn't that horrible, but given his recent antics, I wouldn't completely rule the idea out. Plus, it would create another huge obstacle for Deyna to face, especially if this was something made out in writing. I'm just saying… on this show, anything is possible.

Actually, this option is just far too depressing to even consider. Forget I mentioned it.