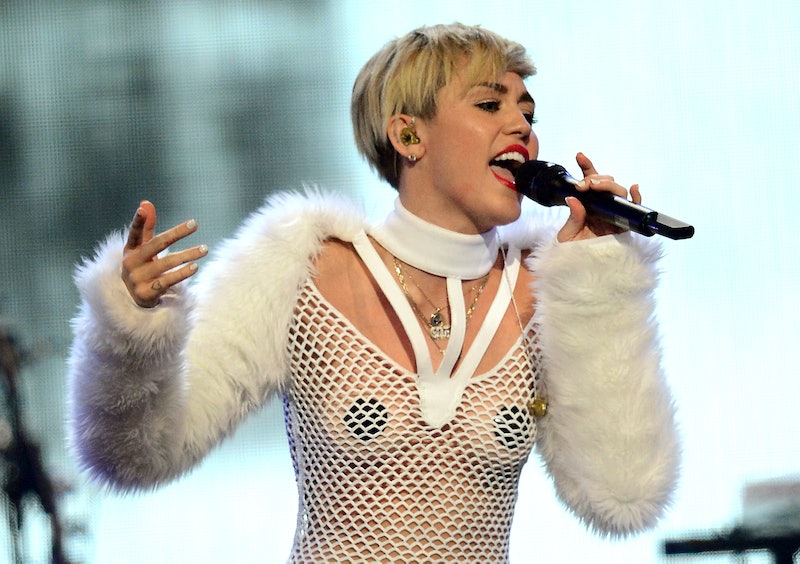 I am going to start this article by saying something very similar to what Amanda Palmer wrote in her open letter to Sinéad O'Connor. I love Amanda Palmer. I grew up listening to the Dresden Dolls and her amazing solo albums, respecting her candid approach to bodies and relationships, and willingness to experiment with music and her appearance. But her letter, much like Sinéad O'Connor's was unnecessary, self-serving, and reprehensible.Let me back up. Before this summer, I had never even heard a Miley Cyrus song. Now, I can't get away from her music, her costumes, or her name. The world is so obsessed with this 20 year-old girl that even Amanda Palmer, whom I so admire, is using her. In fact, everyone is using Miley – Sinéad O'Connor, Amanda Palmer, the VMA's, America – for self-promotion, self-justification, or just entertainment. Even I'm using her right now to write this story.

And honestly, I don't think there's anything wrong with it as long as everyone is clear about what they are doing. After all, this free publicity helps Miley sell records and land lucrative television spots. However, celebrities and the media don't tend to be so transparent. Take Sinéad O'Connor. She supposedly wrote her open letter out of love, but instead of directly sending it to Miley or privately taking her aside to provide her with this generous counsel, she posted the letter to her blog. That letter has been driving so much traffic to her website that it's been periodically down since yesterday.

Amanda Palmer also supposedly wrote her letter out of love, even using the world "love" nine times. Whereas Sinéad O'Connor told Miley not to let the evil label management exploit her precious lady body, Amanda Palmer argued that Miley is not only in charge of her own show, but has the right to use her lady body to sell her music and build her brand. I don't disagree with Palmer, and I would be on her side on this debate if its weren't for one simple problem.Palmer, like O'Connor, drove traffic to her website and promoted herself by posting the letter, and if that wasn't enough, went beyond discussing Miley to speaking for her. After all, she responded to O'Connor's letter to Miley, as if it were her place. My disgust with these open letters doesn't just come from my general resentment of unsolicited advice, but how obviously they use Miley Cyrus's exploitation (whether it is at the hands of her management or herself) for their authors' benefit while still claiming to be honorable. They're not honorable; they're equally exploitative, and perhaps more damaging than Miley's very open exploration of her sexuality because they both, in their respective ways, suggest she cannot speak for herself.

This is the first and last time I will ever write about Miley Cyrus. Like Palmer and O'Connor, I've taken a piece of her to serve myself for better or worse. I can only hope that it was all part of Miley's plan to use the public for her own benefit, too, and that these open letters are earning her the dollars and fame she wants.