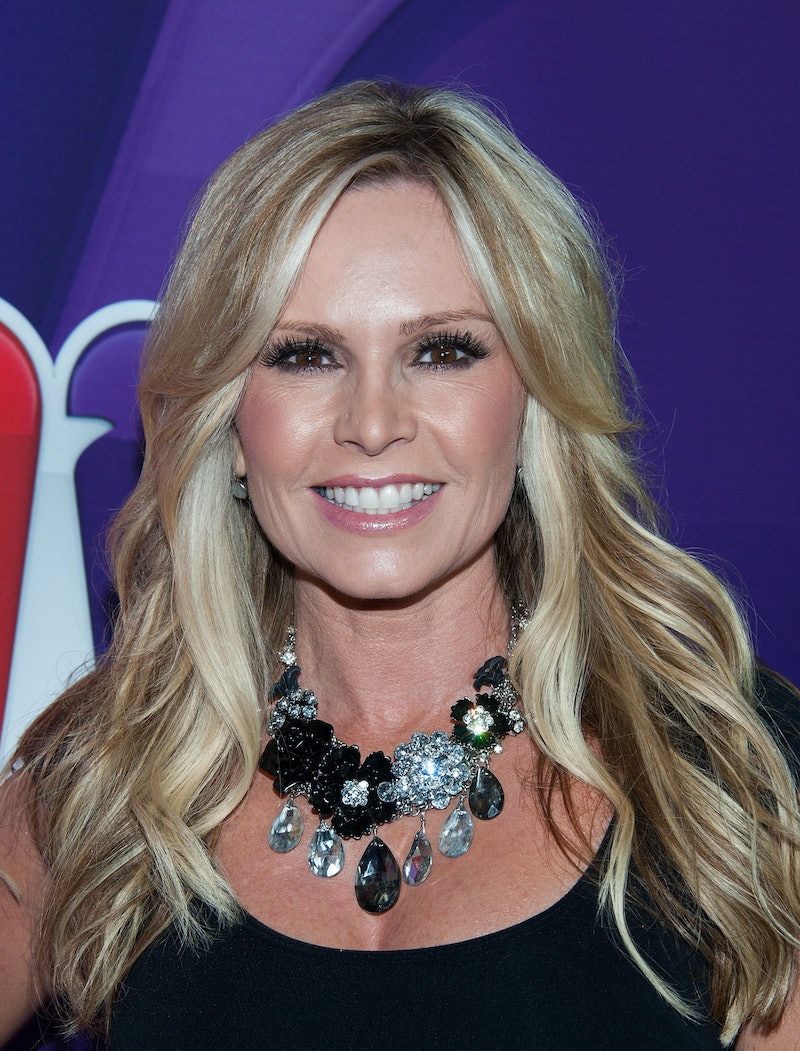 It's official! The Real Housewives of Orange County star Tamra Judge is a grandma, or as she calls herself, a "Tam-ma!" Tamra announced the news via Instagram, where she captured the exciting moment, save for the actual birth. Actually, she put all those years of reality show skills to good use with her documenting. From the time her son, Ryan Vieth, and his fiancée, Sarah Rodriguez, went to the hospital to photos of the waiting to room to the actual birth announcement, Tamra couldn't help but bring the birth to life through her photos. I guess her time on RHOC taught her a few things, plus it just seems like she was super excited.

If you recall, at first, Tamra wasn't on board with Ryan getting married and moving away, but it appears she eventually got used to the idea. Plus, how can you not be excited about welcoming a baby into the world? Clearly, Tamra is past all of that, or at least that's what I assume based on her photos.

Now, back to that sweet baby girl. Tamra is now officially a grandma to Ava Ryan Vieth, who was delivered via C-section on Monday, Feb. 9 at 8:41 a.m., weighed 7 lbs. 14 oz., and measured 19 and a half inches. The reality star has yet to post any pictures of the baby, but here are some leading up to the birth to hold you over until then.

Congrats to "Tam-ma" and Ryan and Sarah on their beautiful addition!