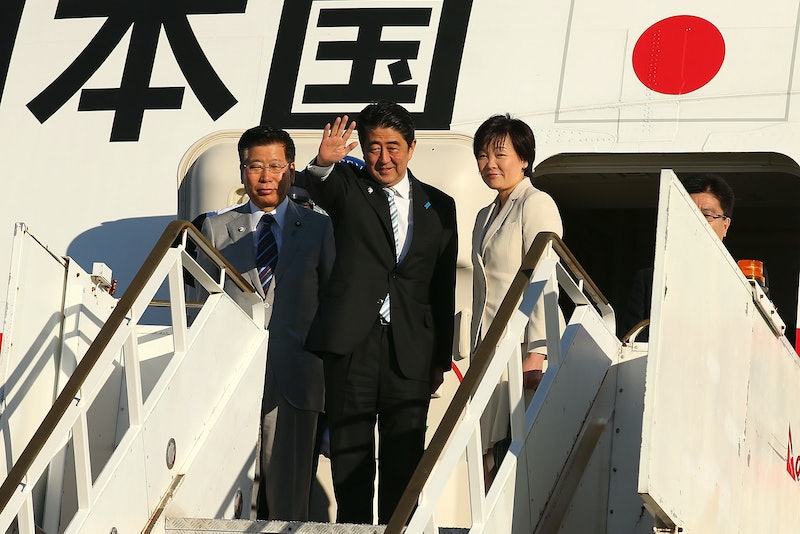 You wouldn't have to tell me twice to take a vacation, but maybe that just means I'm not cut out to work in Japan. Japan, which is widely recognized as a country of workaholics, is considering relieving some of the pressures and stresses of working by requiring employees to take at least five days off each year.

Corporate culture in Japan has high expectations for workers and they mostly require employees to spend long hours working overtime in order to prove their dedication to their work. Workers not only spend extra time at work, but also refuse to take advantage of the 10 days they are guaranteed off. According to a 2013 survey by the labor ministry, Japanese workers were offered an average of 18.5 days off that year, but only took advantage of nine of those days. Another poll showed that one in six workers didn’t even take any off days at all that year.

While it’s the workaholic lifestyle of many employees that has popularized the image of Japan as an efficient economy, the stress of work is harming Japanese society more than it’s helping. The term karoshi (meaning working yourself to death) became a household term in the 1990s, when Japanese workers died from heart attacks and strokes caused by working long hours. Now the term has grown to incorporate the number of suicides suspected to be caused by work stress. According to the national police agency, of 30,000 suicides recorded in 2011, about 10,000 of them were believed to be caused by overwork.

Because women across cultures are generally expected to take care of childrearing and housework, the long hours expected by companies have also had the effect of keeping women out of the workforce. Some Japanese women are even struggling with finding time to date, let alone time to help raise a family. The unique complications women face in keeping up with Japan’s work culture means that Japanese women are employed 25 percent less than men and are paid 72 percent of what men in similar positions make.

This isn’t the first time the Japanese government has sought to alleviate the pressures of its work culture. In the 1980s, they reduced the standard work week from 48 hours to 40 hours, but apparently that hasn’t had much effect. This time, the administration led by Prime Minister Shinzo Abe not only wants to increase the amount of paid leave used from 52 percent to 70 percent by 2020, but they also want to make the corporate world more welcoming to Japanese women.

In a speech in May 2014, Abe acknowledged that the presence of men, including himself, have “hindered active engagement by women.” He set a target to have women fill 30 percent of leadership roles in Japan by 2020 and promised to work toward “creating a society in which women shine.”