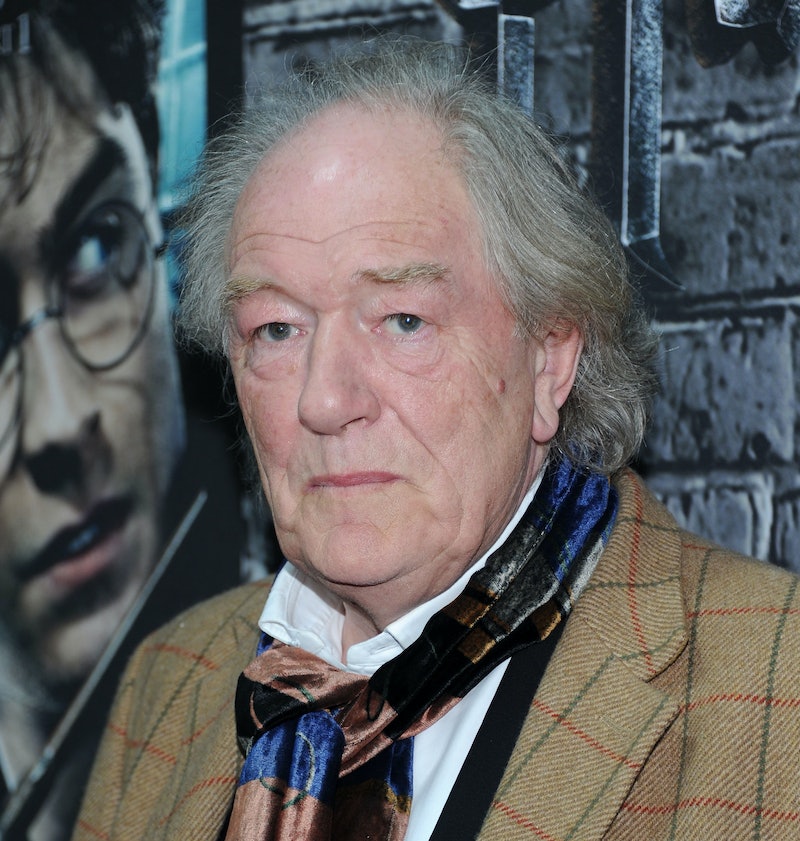 Harry Potter fans will always adore him as Professor Dumbledore, so this sad news is surely breaking the hearts of many admirers. According to the Sunday Times, Michael Gambon is retiring from the stage due to memory loss. He spoke with the publication, where he confessed that his memory is not like it used to be, which is affecting his work in the theater. Sadly, it's become a major issue for Gambon, who can no longer remember his lines and is giving up the stage altogether. He said,

It's a horrible thing to admit, but I can't do it. It breaks my heart. It's when the script's in front of me and it takes forever to learn. It's frightening.

The newspaper also reports that Gambon has tried to resolve his memory issues. Six months ago, the actor even tried to have his lines fed through an earpiece, but that didn't work out like he hoped. He revealed,

There was a girl in the wings and I had a plug in my ear so she could read me the lines. And after about an hour I thought, "This can't work. You can't be in theater, free on the stage, shouting and screaming and running around, with someone reading you your lines."

Even though his long-term memory is intact, Gambon still struggles with learning and remembering new information. Roles with "lots of words" are difficult for the actor. The Sunday Times also reports that he was taken to the hospital twice in 2009 due to "panic attacks after his lines escaped him."

With that said, there is some good news, it doesn't seem like he's giving up acting altogether. He said, "You've got to go to work, haven't you?" Thank goodness! I'm sure many Gambon fans don't want him to just give up and quit. It's great to hear that he's trying and not letting his memory problems dictate his life completely.