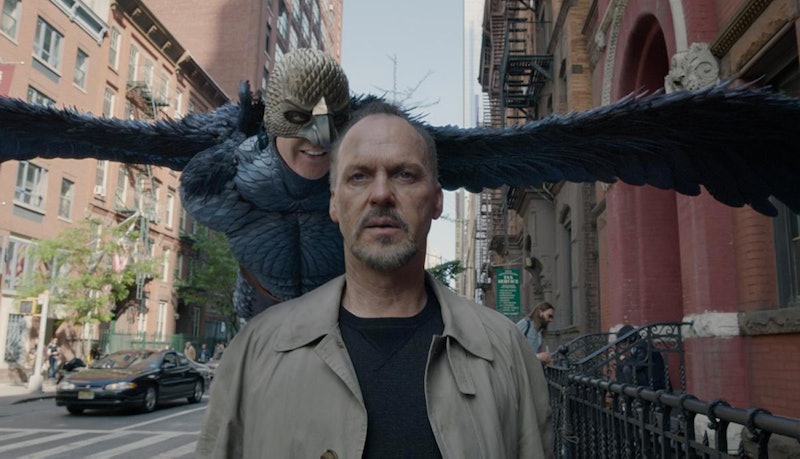 Turns out the Oscar-nominated Birdman could have had a very different ending. One involving, of all people, Johnny Depp. And yep, it's approaching the trippiness levels of the film's actual ending, but with less (spoiler alert?) potential flying.

Birdman director Alejandro Gonzalez Inarritu has acknowledged the film's alternate ending before — though he didn't seem to eager to share its details with the world. As he told Indie Wire in January:

It had a different ending but in the middle of shooting, I knew it was a piece of shit. I felt it and the film began to breathe by itself, and the characters began to grow. I went in and wrote it with Alexander [Dinelaris] and Nico [Giacobone], and I am so happy that I changed it. Now I feel very good about the ending. It feels very fair.

As for what that ending actually was:

I will never tell you. It would be so embarrassing. It was bad.

So how bad was it? Well, Dinelaris might have a scolding coming, as he spilled the beans in The Q&A Podcast. Here's what he says the ending looked like, as transcribed by Slate:

Then the camera prowled like it did the whole film, went back stage through the halls we’ve seen the whole time and we’d get to the dressing room where literally Johnny Depp would be sitting looking in the mirror and putting on his Riggan Thomson wig and then the poster of Pirates of the Caribbean 5 would be in the back. In Jack Sparrow’s voice [it would say], ‘What the f*** are we doing here, mate?’ It was going to be the satire of the endless loop of that.

So basically it was further commentary on the endless blockbuster sequels of a franchise-obsessed Hollywood. I'm hardly opposed to that theme in Birdman (Hollywood has long been tiring in its recycling of the old), but I have to say I'm glad they went with the ending they did. The theme exhibited in Depp's allegedly previously-proposed appearance is something we already got throughout the rest of the film, and it just would have been overkill to have it be the film's ending as well.