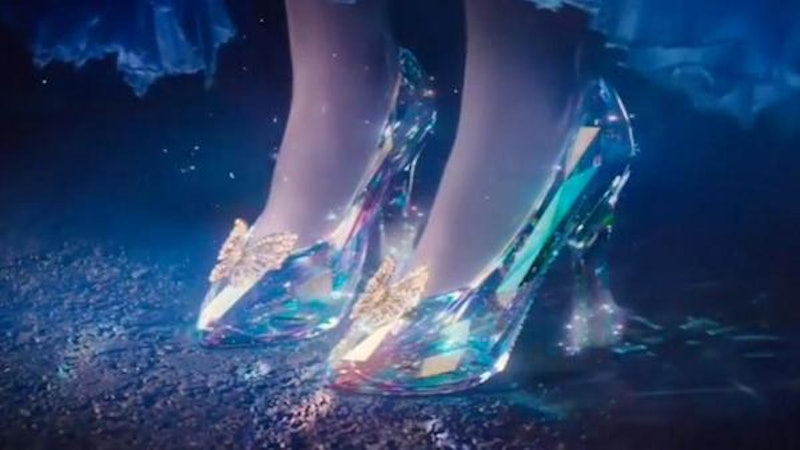 It's the most famous footwear moment in fairy tale history: Cinderella is reunited with her one true love all because of a glass slipper she abandoned at the royal ball. Pretty sure she wouldn't have left one shoe behind, though, if it were, say, a Jimmy Choo creation. In honor of the classic story's upcoming live-action remake, Disney's most iconic accessory is getting an high-fashion makeover by nine major designers.

Shoe visionaries including Alexandre Birman, Nicholas Kirkwood, Jimmy Choo, Paul Andrew, and Stuart Weitzman all signed on to give the glass slipper a modern update, and the sketches are positively dreamy. Charlotte Olympia created a PVC and Perspex platform shoe, and the Salvatore Ferragamo design features a cage heel covered in Swarovski crystals. The one thing they all have in common: they're fit for a princess.

Oh, and the best part? The heels will actually be up for sale at high-end retailers around the world including Saks Fifth Avenue, Harrods, and Galeries Lafayette in Paris. No word on the price tags yet, but these images have left me with some serious shoe lust, so I guess it's time I start mentally preparing for the disappointment that's sure to come with not being able to drop some serious cash on these beauties.

Here's a preview of three of the luxe glass slipper updates — head over to ELLE.com to get a peek at the other six.