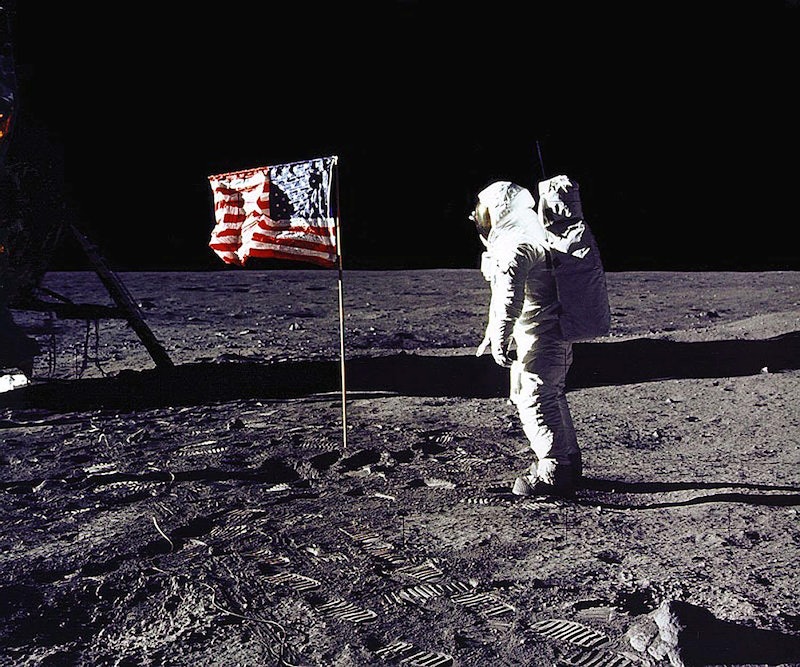 "One small step for man, one giant leap for mankind" is perhaps the 20th century's most profound and iconic quote, and this week, space historians announced news that conjured images of the personal sentiment for the icon of one of modern civilization's greatest achievements. Neil Armstrong kept Apollo 11 artifacts from the 1969 moon landing mission in his closet for decades, discovered only after his death by his widow Carol Armstrong in 2012.

According to the Smithsonian's National Air and Space Museum, there were 17 items in a Temporary Storage Bag — known to astronauts as the "McDivitt Purse" — that Carol had found, including utility lights and their brackets, equipment netting, an emergency wrench, the optical sight that was mounted on top of Armstrong's window, and the 16mm data acquisition camera (DAC) that recorded the historic footage of the Apollo 11's final path and Armstrong's descent down the ladder to the moon.

In a blog entry on the Smithsonian's website, Allan Needell, the Apollo curator at the National Air and Space Museum in Washington wrote:

I received an email from Carol Armstrong that she had located in one of Neil's closets a white cloth bag filled with assorted small items that looked like they may have come from a spacecraft. Needless to say, for a curator of a collection of space artifacts, it is hard to imagine anything more exciting.

The artifacts were on board the Apollo 11 Lunar Module, also known as the Eagle. On their return journey to Planet Earth, Armstrong and his mission partners, Buzz Aldrin and Michael Collins, left the Eagle behind in space, and time eventually decayed the module's orbit, destroying it upon impact with the moon. The purse and its contents, too, would have been wiped out, had Armstrong not taken it under his possession.

All the contents of Armstrong's secret stash, including the purse, are currently on loan to the museum, wrote Needell in the blog post, adding that their authenticity was confirmed:

[E]xperts were able to determine with almost complete certainty that all of the items were indeed from the Eagle, and that — although they were formally scheduled to be left behind — they were assembled in the Temporary Stowage Bag and saved from the fate that awaited Eagle’s ascent stage and all of its contents: crashing into the lunar surface.

Though Armstrong kept the bag a secret for decades — Needell wrote that James Hansen, the late astronaut's authorized biographer, said he mentioned nothing of the items — Armstrong reportedly vaguely brought it up to Collins as they headed back to Earth:

That [is] just a bunch of trash that we want to take back – LM [lunar module] parts, odds and ends.

Odds and ends indeed. That no one knew of its existence for so long — not even his wife, with whom he lived — perhaps points to the sentimental value it held for Armstrong as the first man to set foot on the moon. But it is a significant memento of a moment in the history of mankind — and more intimately so for Armstrong himself.