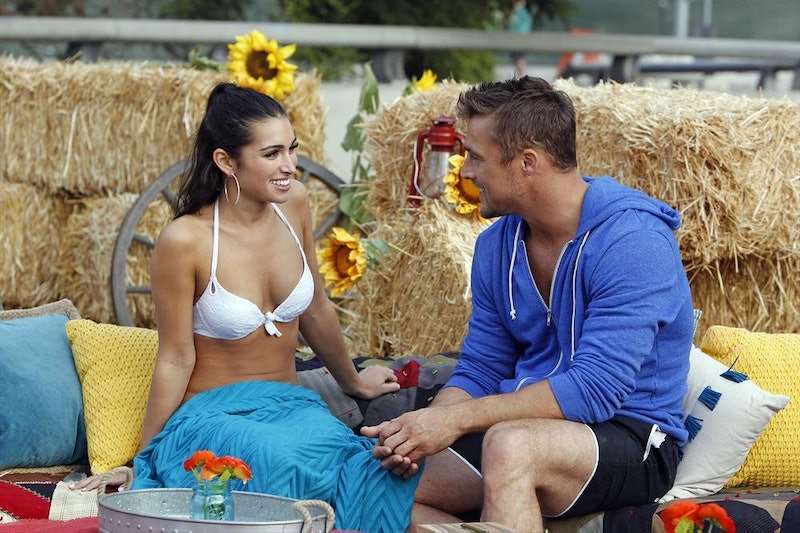 Let's put aside the absolute mess of an episode that was Monday night's edition of The Bachelor. Wash away visions of Kelsey spinning yarns and pretending she has no memory of uncomfortable moments. Try and forget the part where Chris gossipped about both of his dates on the two-on-one date and then sent them home. Let's, instead, talk about the real shocker of the night: Whereas Kelsey has been touting her degree for everyone who would listen, talking about she's so much smarter than everyone else in the house, as it turns out, she's not so special: Ashley I. has her Masters degree too. Booyah, Kelsey "I'm so eloquent" Poe.

Naturally, I had to know where Ashley I. went for her masters and what she studied. (Also, hi, Ashley. Why have you been yammering on about being a princess when you could have told the entire world about your years of higher learning, which is absolutely far more badass?) As it turns out, Ashley I. — freelance journalist — went to a pretty damn good journalism school, where she studied Broadcast Journalism. According to her Facebook, which has some public information, Ashley went to the Newhouse School at Syracuse, which is pretty freaking awesome. The Newhouse School is, to put it lightly, kind of a big deal. So Ashley was right (even if throwing education out as a defense mechanism during a manufactured fight between two women on the brink on a dating show sets off every alarm bell in my feminism-loving brain); she did get her Masters from "a good place." A damn good place.

Homegirl may have been sent off this show in the most exploitive two-on-one date I have ever seen and with the most waterworks in recent Bachelor history, but something tells me she's going to be just fine. She's got a good foundation for her freelance journalism...ing. Here's hoping her future employers aren't Bachelor fans.