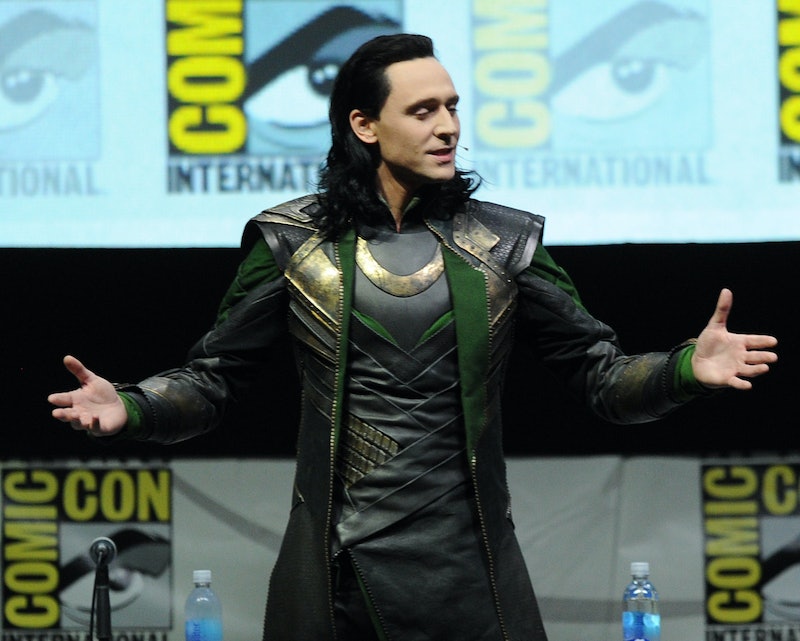 If you haven't already heard this amazing news, then please allow me to be the one to brighten your morning with the revelation that Spider-Man is joining the Marvel Cinematic Universe — better known as the MCU — because Sony and Marvel have finally negotiated a deal that works for both parties. Sure, that deal does not include Andrew Garfield, but, hey, that's a small price to pay for Spider-Man to actually get to join the Avengers, you guys. However, it appears that dropping Garfield isn't the only bad news that comes along with this unfiltered awesomeness. Marvel has pushed back the release dates of Thor 3, Black Panther, Captain Marvel, and Inhumans to make room for a Spider-Man film to be released on July 28, 2017. That's right. You have to wait even longer to get your Loki fix.

I feel like I should be more upset about having to wait for Black Panther and Captain Marvel than I actually am, but I understand why Marvel is sacrificing their release date for Spider-Man. After all, if Spider-Man is going to make it into the next Avengers film then they need to introduce him to the MCU as soon as possible. And don't even get me started on the opportunity to add Spider-Man to Captain America: Civil War like fans have been begging Marvel to do since the film was first announced.

However, I am also feeling the deep pain all Tom Hiddleston fans feel when they realize exactly how many years and months they still have left before they can see that beautiful face all dressed up like the Norse God of Mischief once more. How are we going to deal with all of these new release dates? And exactly how long do we have to wait? Check out the altered dates below, and my suggestions on how to make the time go by quickly.

It's all right, guys. We can deal with this. It's only four months. No big deal. Sure, we'll be watching the new Peter Parker (or, dare I hope, Miles Morales?) when we should be watching Loki do Loki things, but it's only a four month difference. What's four months when you are burdened with glorious purpose, like figuring out where you're going to get all the money to see these films pretty much back to back?

Eight months. Eight months? We have to wait eight months more to see Black Panther on our screens? All right, now I can understand if there might be some riots in the streets or something. Although, if you think about it, it's great that they're giving Black Panther this summer blockbuster potential. You can watch it with your friends 12 times and then go buy some milkshakes and enjoy the summer air.

Captain Marvel is getting a four month push back that takes away its summer blockbuster potential. And, yes, I am internally screaming. But I can deal. I mean, more months means more time to land a great director and deliver me a film that will prove once and for all that female superheroes can carry a film just as well on their own, am I right? Think of the Black Widow movie potential. Hold on to that candle of hope while you wait... and wait... and wait..

Yeah, I've got nothing here. Eight months and four years to go before you get your Inhumans movie? Yikes. In times of trouble, Norse God Loki comes to me, speaking words of wisdom: