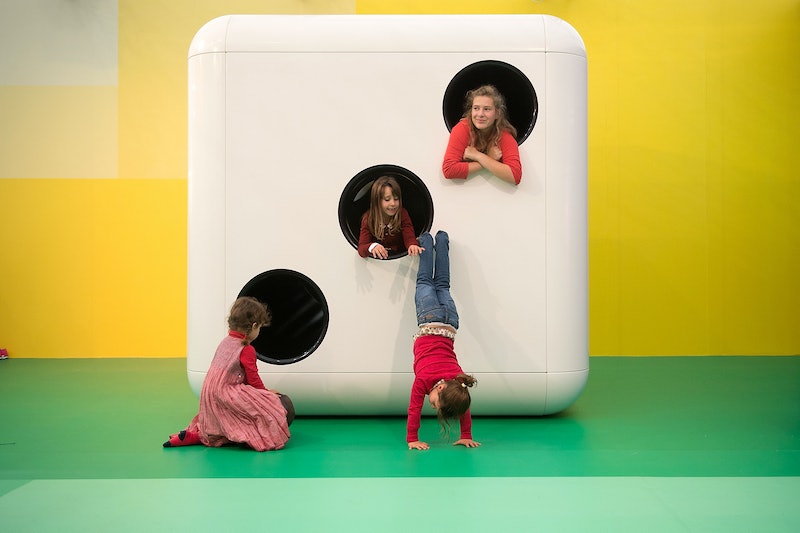 There's an old wives tale about how it's better to intentionally expose your kids to contagious diseases — which leads to so-called chickenpox or measles "parties." But the state of California has a different take: Please, parents, don't take old wives' tales more seriously than science. On Monday, the California Department of Health warned against measles parties and the like, reminding parents that they shouldn't put their children at risk for catching the potentially fatal disease.

As the measles outbreak continues to spread in California, with 107 cases confirmed in the state since December 2014, news outlets have been circulating the myth of measles parties. They're reportedly being held all over California, from Orange to Marin counties. The long-held medical myth even made it onto Fox News. From Fox News Insider:

Some parents [in California] who refuse to get their kids vaccinated have come up with another plan: hosting measles parties.

This morning on "Fox and Friends," Elisabeth Hasselbeck said that parents are bringing their kids who haven't been vaccinated around those who are infected in order to "build up their immunity."

However, the California Department of Health can't confirm whether or not these measles parties are really being held throughout the state. Still, the health department issued a warning, just in case anyone was getting the wrong idea:

The California Department of Public Health (CDPH) does not have any information to share about the background or frequency of pox parties. But CDPH strongly recommends against the intentional exposure of children to measles, as it unnecessarily places the exposed children at potentially grave risk and could contribute to further spread of the outbreak. Measles is a serious illness that can have significant consequences. Thirty percent of people with measles in the current California outbreak have been hospitalized.

It's hard to pinpoint where these media reports of measles parties began, but it turns out the popularizing of this myth is not all that uncommon when it comes to certain outbreaks. According to Reuters, there were media reports in 2011 that claimed parents were exchanging lollipops laced with chicken pox through the mail. The media reports compelled the federal government to issue a warning against this purported practice — yes, really.

The ongoing measles outbreak is being linked to Disneyland, where a bulk of those infected are believed to have contracted the disease. The outbreak has now spread to at least 14 states across the country, including Illinois, New York and New Jersey.