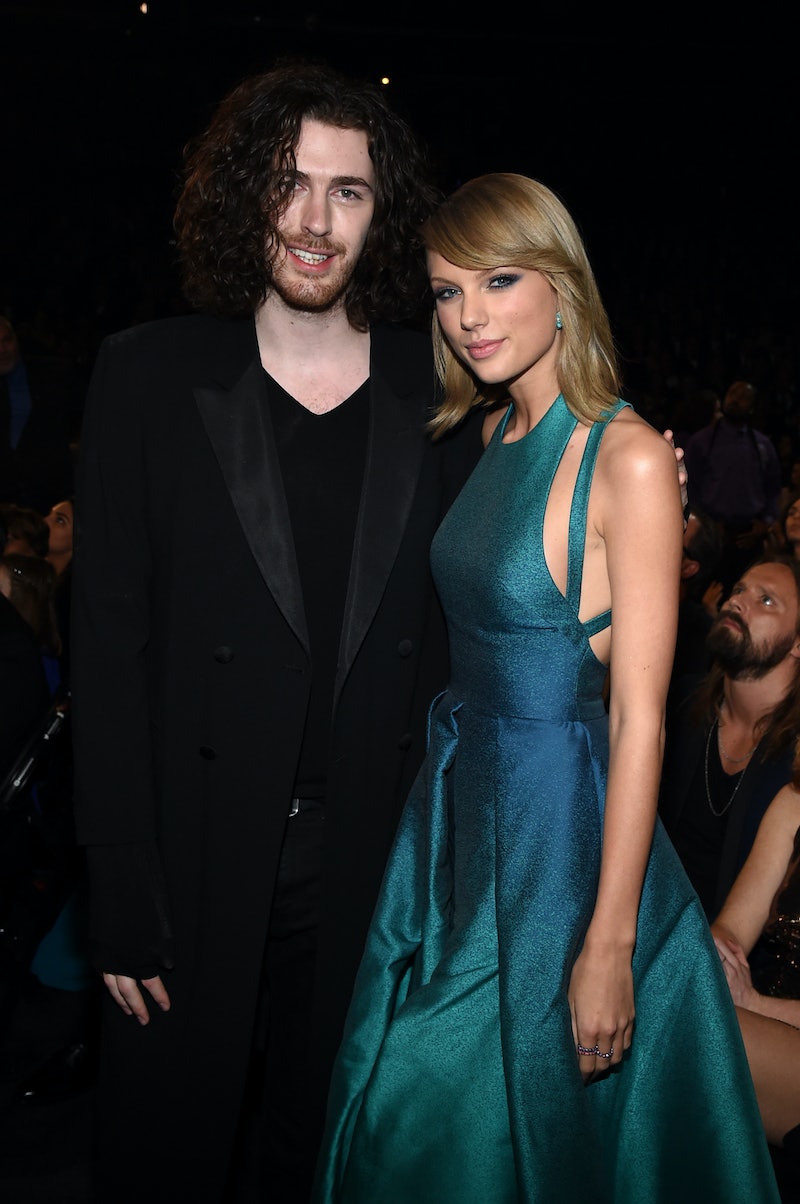 The speculation about Taylor Swift's dating life and which famous men she's falling love with seemingly never ends, so for those wondering about the latest news, People reports that Taylor Swift and Hozier are not dating. Even though an "onlooker" reported that the two singers looked "very cutesy" together at Sam Smith's Grammys after-party on Sunday night, it doesn't appear that things are as serious as some might think.

Per another source who also attended Smith's party, Swift and Hozier are reportedly "just friends" who hung out in a group together celebrating the special night. However, according to an insider who spoke with E! News, "They were hanging out a lot and talking with each other. They looked really cute together." Swift and Hozier were also reportedly seen chatting into the "wee hours of the morning" and even shared a few kisses on the cheeks. A few days ago, the two were also spotted at a Haim concert.

Even if they aren't romantic, that doesn't mean T. Swift hasn't given Hozier her stamp of approval. If you recall, about four months ago, Swift posted a video rocking out at one of Hozier's concerts. As you can see below, she was really feeling his music.

If that isn't enough, Hozier's also had nothing but kind words to say about the singer. He told Billboard, "Hanging out with Taylor as she was baking cookies for her fans was as surreal and wonderful as you'd imagine. She's a very impressive human being."

Whether or not the two are dating, they definitely seem to have a mutual admiration and respect for one another, and that's way more important than any rumors.