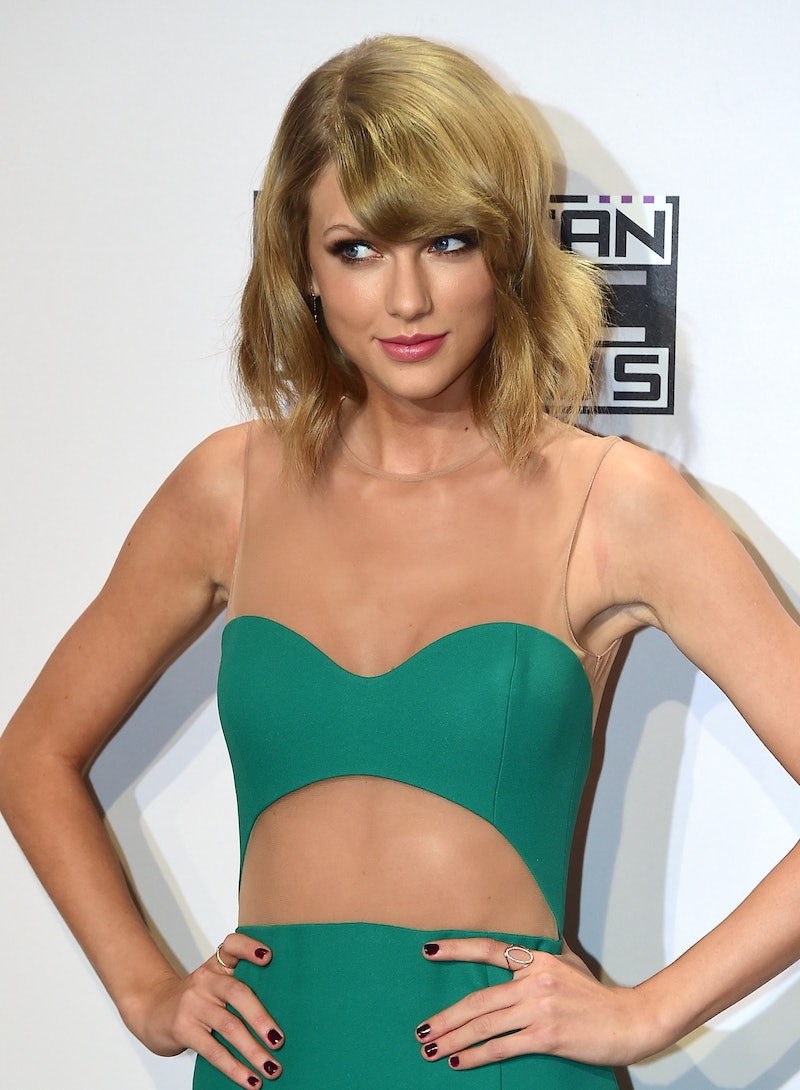 So, what is the premise of the "Style" music video? I have no idea, personally — as usual Taylor Swift has been pretty tight lipped about that one. Though Swift did release a very short preview of the video on her Instagram to give us all some hints, but, honestly, doesn't really give any answers. In fact, I actually have more questions than I do answers after watching it! That said, I honestly cannot help replaying it over and over again. The more I watch it, the more questions I have.

So, I ask you, my dear Internet friends: What is Taylor Swift's "Style" music video going to be about, based on this short, confusing preview?

Is This a Continuation of The "Blank Space" Music Video?

Is It Just a Literal Interpretation of the Lyrics? (Am I Looking into This Too Much?)

In the beginning of "Style," Swift sings, "Long drive, could end in burning flames or paradise. Fade into view, it's been a while since I have even heard from you." The girl loves her burning flames metaphors. Maybe she is just presenting us with a literal interpretation of the lyrics? That would be simple enough. I could be going way too far trying to find some hidden meaning when the answer is right in front of me.

Is She Hinting at Rekindling the Flame with Harry Styles?

While the smoke could indicate the end of something with it burning down, I have another interpretation. Maybe Taylor Swift wants her relationship with Harry Styles to rise from the ashes. Maybe Swift is coming out of the smoke of its demise both literally and metaphorically. These lyrics suggest this theory: "And when we go crashing down, we come back every time. Cause we never go out of style. We never go out of style." In the clip, the singer is engulfed by the smoke, but the lyrics indicate that she can come out of it. This could be a depiction of her coming out of the smoky darkness, and into the light of happiness.

I just wish that clip was a little bit longer, and that she had a clever caption that I could analyze — but, c'est la vie, or whatever the saying is.