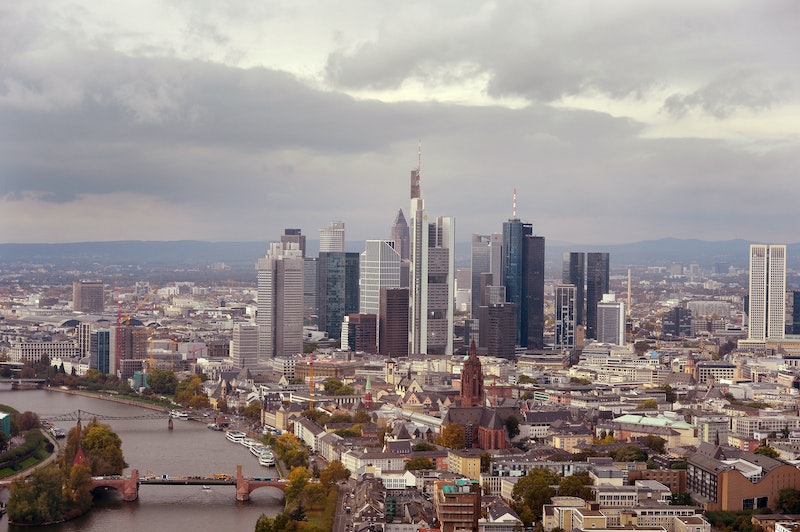 Cities in Europe and Asia are showing up America's meager sustainability efforts. In the first Sustainable Cities Index, released this week, not a single U.S. city placed in the top 10 most sustainable in the world. Comparing 50 cities from 31 countries, the report ranked them according to their social, economic, and environmental sustainability, or people, planet, and profit.

In the index produced by the global natural and built asset design and consultancy firm ARCADIS, the "people" section measures quality of life factors like transportation, health, and education. The "planet" category looks at environmental issues such as energy consumption, green house gas emissions, and recycling rates. The "profit" index considers business performance, including the city's importance in global economic networks.

According the the United Nations, 54 percent of the world's population lives in urban cities today, a number expected to increase by 66 percent by 2050. With people moving to cities in record numbers, it's becoming more important for these places to establish a healthy quality of life and environmental practices. The report says:

In a rapidly urbanizing world, the way in which cities are planned, built, operated, and redefined has a huge social, environmental, and economic impact.

Boston ranks highest among U.S. cities, at 15th overall, followed by Chicago and New York City at 19th and 20th respectively. Among these cities, Boston did the best in the "people" index, while Chicago did better in "profit" and New York City in "planet." Basically, the U.S. has a lot to learn about becoming more sustainable from the global cities that ranked in the top 10. Here are the lessons we should take away from each city.

Known as an international financial center, this German city of almost 700,000 people was ranked first largely for its commitment to clean air and renewable energy. A founding member of the 1990 Climate Alliance of European Cities, Frankfurt has already cut carbon dioxide emissions by 15 percent since then. Its new "100% Climate Protection" master plan pledges that all of the city's energy will come from renewable resources by 2050, leading to a 95 percent decrease in greenhouse gas emissions.

Although London suffers from congestion and old infrastructure, the city's mayor launched his "2020 Vision - The Greatest City on Earth" to improve the aging buildings and transportation systems and increase the amount of housing. The plan lays out a detailed timeline of improvements, aiming to make London a great place to live and work.

Biking to work is a breeze in Copenhagen with the cycle superhighway that opened in 2012. The first of 26 planned routes, the 11-mile stretch offers an uninterrupted, and environmentally friendly, commute in a city where half the residents already bike to work or school.

Also known for an extensive biking culture, Amsterdam boasts 400 km of bike paths throughout the city. Unlike many U.S. cities where bike paths are irregular and inadequate, Amsterdam's bike paths are clearly marked, have smooth surfaces, and are wide enough for two cyclists. Biking has truly become a part of the culture, instead of a sustainable chore.

This Dutch city has developed a public-private partnership, the Rotterdam Climate Initiative, devoted to making Rotterdam the most sustainable port city in the world. With global warming causing increasingly worse storms and natural disasters, port cities are often the most vulnerable. The initiative's main goals are to achieve a 50 percent reduction in carbon dioxide from 1990 to 2025 and become completely climate proof.

Because of its excellent public transportation system, Berlin has the fewest cars per capita in Germany. The city's underground metro, street trains, and buses leave few places unreachable and make driving unnecessary for most residents.

The South Korean capital is a leader in recycling. In 2010, Seoul recycled 66 percent of its residential waste, a large percentage for a city filled with mostly high-rise apartment buildings rather than single-family homes. Along with recyclable materials like paper and plastic, Seoul residents separate their food waste to be made into animal feed or fertilizer.

Ranked best in the "profit" category, Hong Kong is known for its free-market policies and low corporate taxes that attract a lot of businesses. The city of about seven million people also offers easy access to China's large business markets and the millions of Chinese tourists that visit the city each year.

The Spanish capital is all about green space — they even replaced a highway with a city park. Opened in 2011, the six-kilometer-long linear park reconnects the city center and the surrounding neighborhoods to the Manzanares river and replaces harsh asphalt with more soluble surfaces.

This city-state knows how to properly plan ahead. With the population expected to increase to more than six million people by 2030, the government is already investing in two new underground rail lines, extensions to four existing lines, a new terminal and runway at Changi Airport, and a high-speed train to Malaysia.