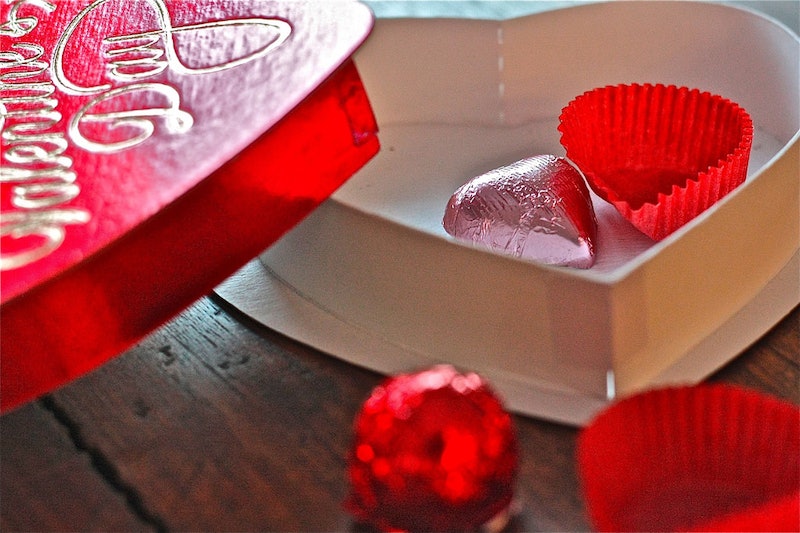 Perhaps no other holiday causes people to get their hopes up more than Valentine's Day. But what if we put aside the sickly-sweet greeting cards and equally sickly-sweet candy for a moment and were actually honest about Valentine's Day? That's the premise of comedy duo Soren & Jolles' latest video; appropriately called “Honest Valentine's Day,” it reveals the truth about how everyone really feels about February 14. It's a dirty job, but somebody's got to do it.

You may remember Tracy Soren and Jessie Jolles from their previous offering, which skewered the expectation vs. the reality of New Year's Eve parties (because let's face it: New Year's is the worst). Their Valentine's Day video is in the same vein, following three different women — one single, one newly dating, and one in a long-term relationship — as they attempt to navigate the insanity that is February 14th. Because while we're being honest, we may as well admit that Valentine's Day really is insane. There's just so much pressure! And for what? So you can spread joy throughout the world? Not so much. But hey, at least there's lots of chocolate, right?

Me? Neither my SO nor I are really huge on celebrating February 14th; our plan right now is to go out for a nice dinner on the 13th (because Friday the 13th is way cooler than Valentine's Day), then order in pizza on the 14th and watch absurd amounts of Bob's Burgers on Netflix. Every day is Valentine's Day if you have the right mindset.

In the meantime, though, we'd still best prepare ourselves for the following thing that can and will happen on V Day. Scroll down to watch the whole video!

If you're in a long-term relationship, you will forget about Valentine's Day entirely.

You will feel vaguely like you're forgetting something as you leave for work in the morning, but you will have no idea what it is... until you see this happen:

The person in your office who just started dating someone new will definitely get flowers sent to them at work.

If you're the person who just started dating someone new, you will be embarrassed by all the shit your main squeeze will send to you at work.

Too much. TOO MUCH. ABORT. ABORT. Stay calm, though, because…

The single person in your office will probably be right about everything.

You know what tastes great? Valentine's Day candy, tomorrow, when it's half off and you can treat yourself to it. Except for conversation hearts. They're always gross, and yet we just keep eating them. Why? It's one of the great mysteries of the universe.

But Single will also still flirt with the singing quartet Newly Dating's overzealous honey sent to the office.

Meanwhile, Long-Term Relationship will know that all those grand gestures embarrassing Newly Dating are largely meaningless.

Real love is when your SO holds back your Bret Michaels wig so you can vomit drunkenly into a public fountain.

But no matter what your relationship status is, no one will want to see anyone else get proposed to that night.