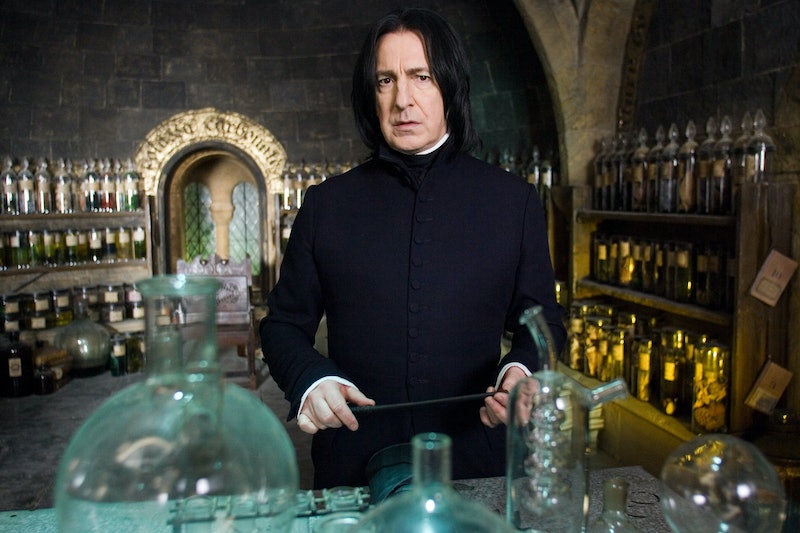 For years, the biggest debate amongst Harry Potter fans was whether Severus Snape was good or evil, and after the shocking events of book six, it intensified to a point that shirts were made and (fake) wands were drawn. The final chapters of Deathly Hallows put an end to the mystery, but apparently not to fans' devotion to the character. There's still major love for Alan Rickman, Halloween costumes in his likeness every year, and, now, a chronological supercut of Snape's most important scenes that might just be the best tribute to the character that Harry Potter's ever seen.

Created by Youtube user kcawesome13, the 14-minute clip is a compilation of all the major scenes featuring or involving Snape from the eight Harry Potter movies, played in chronological order. It's meant to show the transformation of his character over time, from lovestruck pre-teen to tormented professor, and, as one might expect, it's insanely emotional. Maybe it's the music, maybe it's the sight of that doe Patronus ("After all this time?" Always.") — whatever the reason, you can blame kcawesome13 for making you sob at your desk for the rest of the day.

Yet while the clip is certainly moving, it doesn't quite succeed in convincing viewers that Snape deserved to be totally redeemed by the story's end. Yes, he was on Harry's side, and yes, he was heartbroken, but "the bravest man" Harry ever knew? That still seems quite a stretch, especially considering that Harry was close with Lupin, Sirius, and a dozen other pretty brave people who didn't completely hate his guts. I guess "Albus Remus" didn't quite have the same ring to it.

Still, there's no denying that the clip is powerful, and that any Harry Potter fan would be remiss not to take a look. Because it doesn't matter how long the series has been over for, or how many times we've been told to "get over it" — when it comes to our love for Harry Potter, the answer only requires one word: always.

Check out the supercut below, and get ready for some epic sobbing: