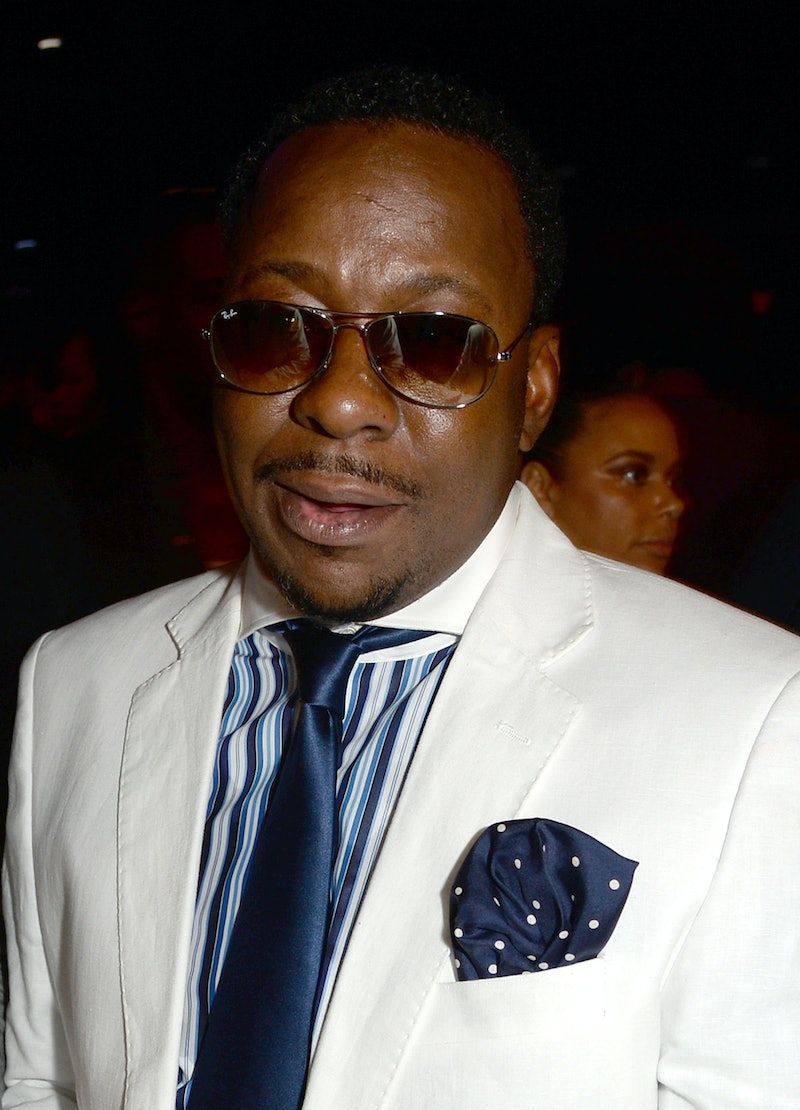 The rumor swirling around that Bobbi Kristina Brown will be taken off of life support on the anniversary of Whitney Houston's death seems to be false — at least that's what is suggested in Bobby Brown's latest statement on Bobbi Kristina. Via his attorney, Christopher Brown, who spoke with E! News, Bobby wants to set the record straight and emphasize how important it is for everyone, especially the media, to be respectful and kind during this difficult time. Brown's statement reads:

We support the candlelight vigil for Bobbi Kristina. The Brown family is amazed by the love and support from all that attended. However, the false reports that continue to appear in print and on the Internet are egregious, false and will be dealt with at an appropriate time. In particular, the false reporting of TMZ, The National Enquirer, The Atlanta Journal Constitution and the U.K.'s Daily Mail citing, police sources, family sources, and Bobby Brown himself, will receive my attention. The desire to be first has clouded the judgment of many reporters as they forgo accuracy. This is a criminal investigation and the integrity of that process requires silence.

No further updates about Bobbi Kristina were provided, but Brown also said, "We continue to request privacy in this matter. We thank everyone that supported the vigil for Bobbi Kristina. God is hearing our prayers."

Ever since Bobbi Kristina was found unconscious in her bathtub on Jan. 31, family, friends, and fans have been hoping for the best for the 21-year-old. Based on several reports, her condition doesn't look to be improving, but hopefully she takes a turn for the better.