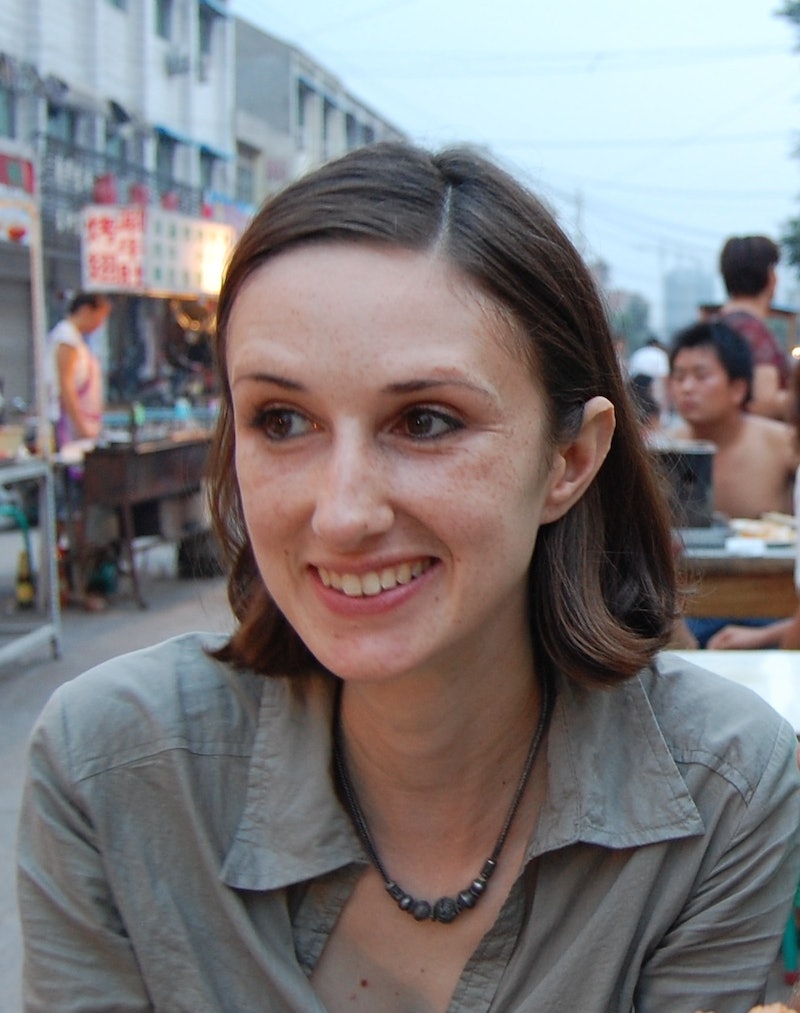 A book of 133 pages is light in-hand, but Heather Rounds' There is certainly not a light read. The novel is the fictional account of an American journalist who accepts a job writing for an English-language newspaper in Iraqi Kurdistan. Rounds herself lived in the region from 2007 to 2008, and the author's note reveals that her first-hand experiences anchor this work of fiction:

This book consists of events, incidents, sentences formed from Moleskine notes, anecdotes, oral histories, people — all of it carried a far distance. In some ways, alterations have intentionally been written in, out of respect for those involved. In other ways changes have occurred naturally — in that way recollection lives on, separate from experience.

There is divided into three parts: 1. Kanin: To Pull Up, Uproot, Dig; 2. Bun-Awa: To Break Into Pieces; 3. Heshtin: To Let Go. These Kurdish words describe the phases of the journey of the novel's unnamed protagonist. Her year in Kurdistan, "the Cradle of Civilization," is challenging in ways she could not have predicted. And There is the disjointed rendering of how this disorienting new job and home turns everything familiar on its head.

Early on in the text, Rounds makes clear her narrative is a story of expectations and disenchantment, of losing oneself in the dust and strangeness of a new place and excavating anew.

She'd said Iraqi Kurdistan and Everyone asked, Why go there?

Because. Why go elsewhere?

Because. She decided to think things were possible, despite anything and everything she knew. The word possible nuzzled, nipped, until a hole began and crawled through to where, over twenty some years, she'd slowly gone buried under herself.

As the titles of the three sections of the novel suggest, this poetic, consciousness-driven narrative mirrors the alienation and introspection of being somewhere totally new. The text picks up the reader and throws her into the middle of a busy street in Kurdistan; the alienation and excitement of travel pulse with each sentence. In her choppy yet rhythmic prose, Rounds makes palpable the tension between the journalist's expectations of Kurdistan and its reality; of acclimatizing despite the stark sandwich of her life in the United States. The smallest tasks are momentous challenges to relearn — cutting eggplant, riding in cars, tracking down toilet paper.

As an American woman, this protagonist is alienated further; her story involves the leers and jeers of Kurdish men, her undervalued intelligence, and her struggle to make jokes. But she's not alone: She lives with two other foreign women and meets up with a friend of a friend from home. Throughout, this protagonist's new world is rendered with unbiased but rich descriptions:

Entering the gates of Erbil Park, they get frisked at separate stalls. The women — silk blankets of hair, sparkle-bead necks, looped to men in shiny fabric suits — narrow their eyes on her. He buys two freezer burnt Nestlé ice cream cones and they walk along a man-made lake. As they walk, picking the aluminum wrappers from their ice creams, his talking wanes ... All things slow. Tree breeze, dinner whisky head, black pearl sky, the cadence of their walk.

As an American writing about time spent in the Middle East, Rounds' voice is mercifully free of the hubris and self-pride that infects many Western travelers. This story has been skimmed of Orientalist attitudes and biases; this is a rare protagonist whose eyes have not been clouded with self-righteous assumptions and expectations. Rounds' prose is clean of a moralizing tone but thick with Kurdistani dust and wisdom. A collection of poetic snapshots and tastes of culture, There is a story about otherness that can be discovered abroad and in oneself.