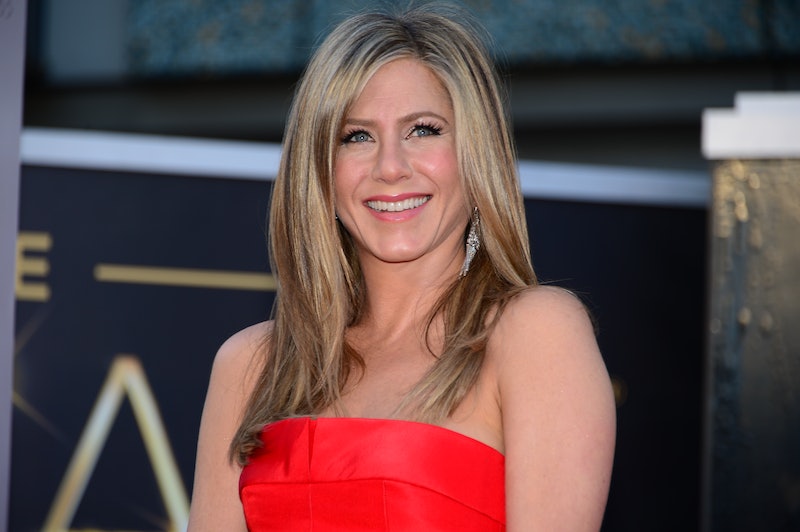 The presenters list for the 2015 Academy Awards is shaping up, and it includes a ton of big names — including one who deserves to be on the list of nominees instead. According to Us Weekly, Jennifer Aniston will present an award at the March Oscars ceremony, even though many fans and critics thought that she was snubbed for her performance in the drama Cake. But while Aniston should probably be nominated for the Best Actress Oscar, she's still in good company with the other presenters — the list includes tons of A-list stars who will be passing down those little gold statues to their Hollywood peers.

So who else is slated to present at the Oscars this year? According to the official Oscars site, we'll have plenty of stars to see: Kerry Washington, Chris Pratt, and Sienna Miller are all slated to present. John Travolta (of "Adele Dazeem" fame) will return to (hopefully) pronounce another name incorrectly. According to Entertainment Weekly, Red Band Society star Octavia Spencer and Hunger Games actor Josh Hutcherson will also present, as will Scarlett Johansson and Zoe Saldana.

And Aniston won't be the only snubbed actor to take on the role of presenter — Selma star David Oyelowo, who was looked over by the Academy despite giving a stellar performance as Dr. Martin Luther King Jr., will also open an envelope.

As they say, it's an honor just to be nominated. But when you're not even nominated, well, at least they'll let you present.

More like this
Here Are All 703 Outfits Rachel Wore On Friends
By Kat George
Watch Adele's Disappearing Act During "Spectacular" Vegas Show
By Sam Ramsden
Adele Freaks Out After A Fan Used A Filter On Their Selfie At Her Show
By Radhika Menon
The 'Love, Lizzo' Harry Styles Scene Is Just 1 Moment That Made Fans Feel Seen
By Brad Witter
Get Even More From Bustle — Sign Up For The Newsletter