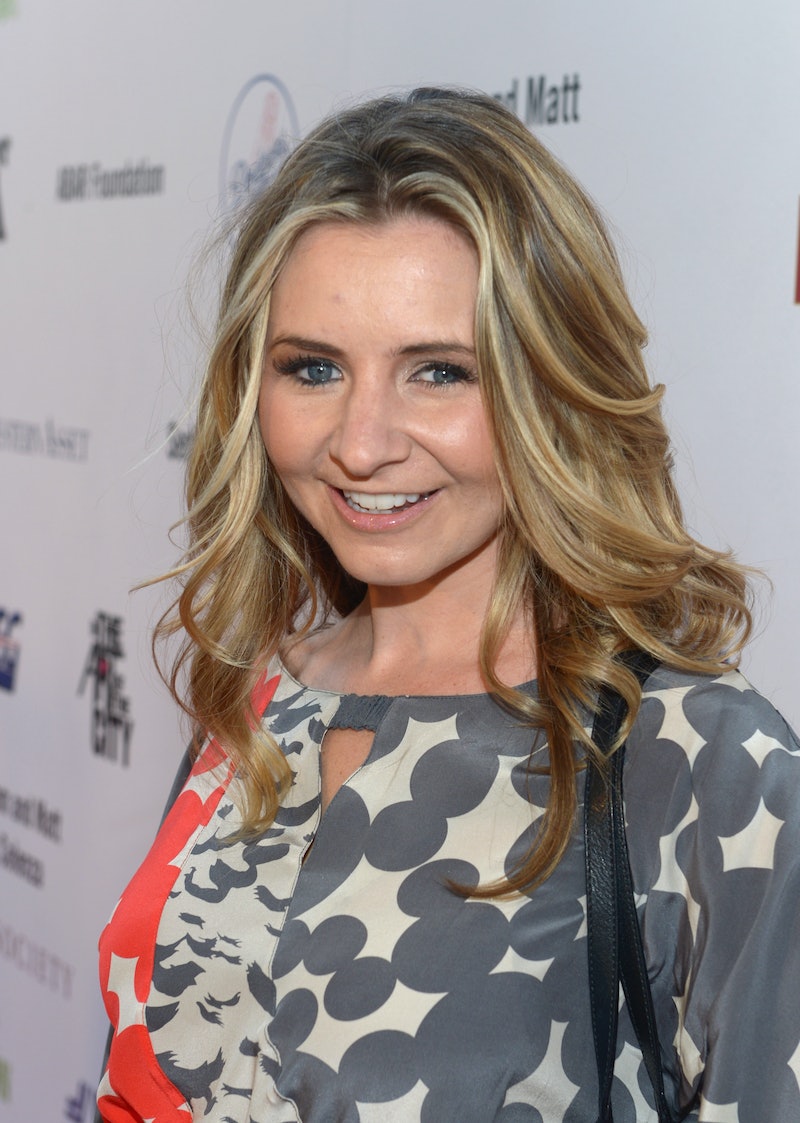 Congratulations are in order for this TV actress! Beverley Mitchell gave birth to a baby boy named Hutton, she announced via her WhoSay page on Tuesday. As you can see below, Mitchell's daughter, Kenzie, is sweetly giving her baby brother a kiss. Can you say adorable? The photo caption reads, "Kenzie is proud to announce the arrival of her sweet baby brother, Hutton! Thank you for all the love and well wishes!" I have a feeling someone is going to be a great big sister.

In October 2014, Mitchell and her husband announced they would be welcoming a son. Again, they shared a cute family photo as their announcement with the following caption, "So excited that Kenzie is going to have a little BROTHER! Yep, it’s a boy! We are thrilled and looking forward to a lifetime of adventures!"

Well, their little adventure is here and I'm sure it will be as exciting as they all have been hoping for the past nine months. Plus, based on this photo of Kenzie playing with a baby in a bassinet, I think it's safe to say she is ready to take care of her baby bro and take on the role of babysitter.

Congrats to the adorable family!