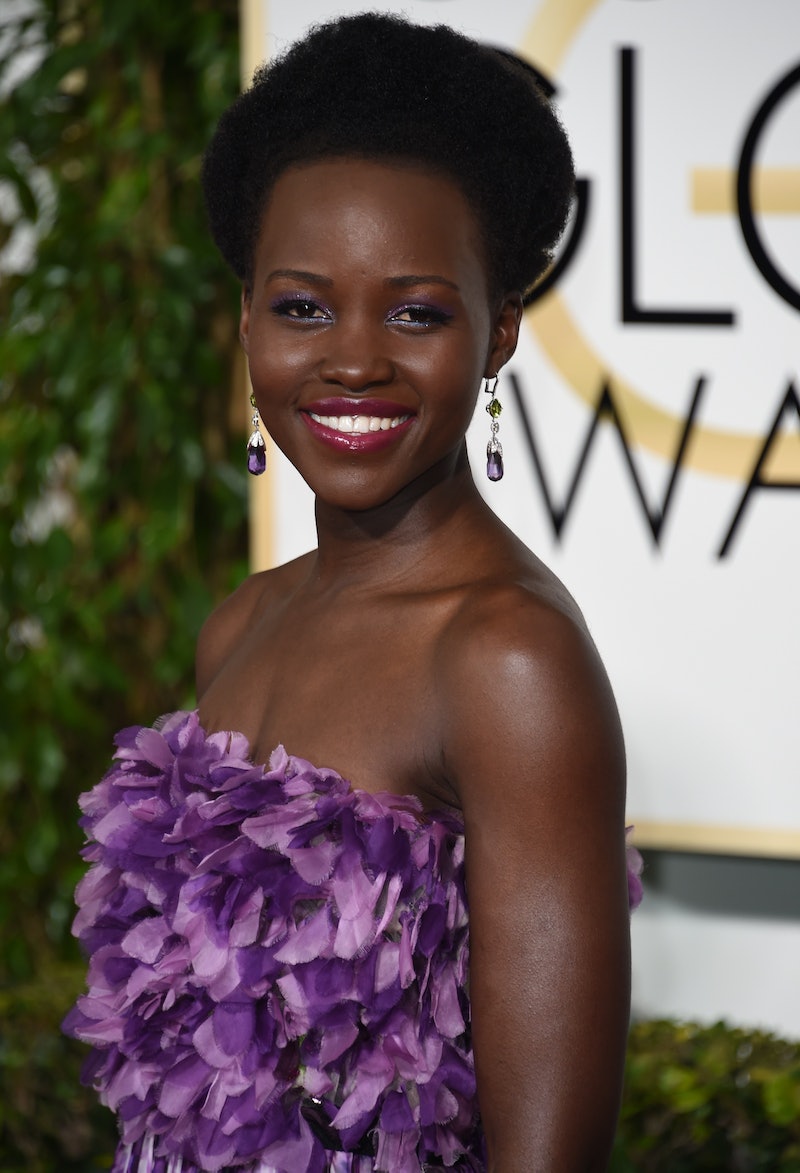 Just when we didn't think it was possible to love Lupita Nyong'o more, the star gave us yet another reason. In the latest issue of Lucky Magazine, Lupita Nyong'o reveals her refreshing opinions about wearing makeup.

The Oscar-winning actress is known for being down-to-earth, honest, and an advocate of women and their natural beauty, so it's no surprise that Nyong'o doesn't find makeup necessary, though this is also due in large part to her mother's strict rules. Growing up, the actress admitted she wasn't allowed to wear makeup. But it gets even better, because her mother actually practiced what she preached. Lupita revealed that her mother never wore makeup herself, not even to a big event like a wedding.

“My mother didn't think makeup was necessary, and I don't think it's necessary. It's an accessory. It's as necessary as a pair of earrings, if you know what I mean. It's something I do to adorn myself. I don't do it to hide myself.”

There's nothing wrong with getting all dolled up, I love painting my lips red and swirling that mascara wand for a night out or a special event, but by no means should we think of makeup as a band-aid, and to have such a public figure advocate that for young women is pretty darn awesome, especially given all the photoshop nonsense out there these days. But if we can count on anyone to do that, it's Lupita.