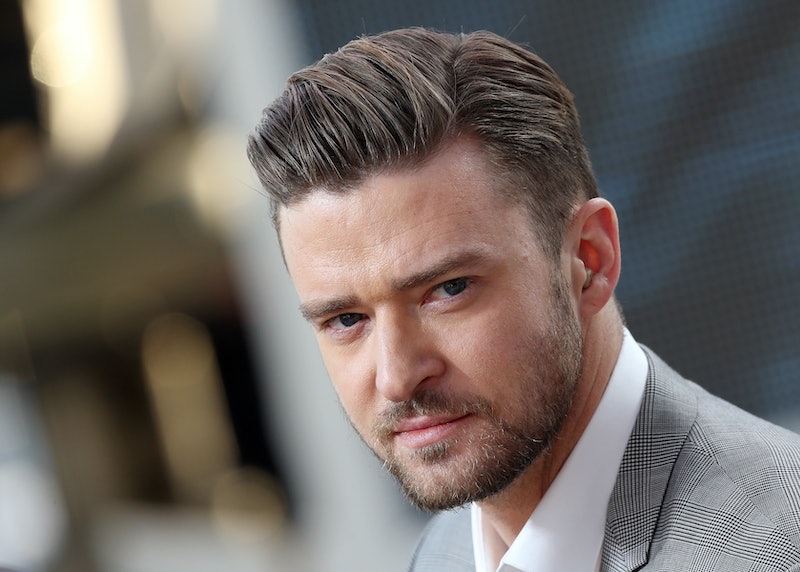 We always knew that there was a reason why fans go crazy over Justin Timberlake hosting Saturday Night Live , and he just explained it perfectly. The Hollywood Reporter just released an article on the SNL 's "Five-Timers Club," a.k.a. the group of celebrities who hosted the sketch comedy show five or more times, in honor of the Saturday night staple's 40th anniversary. The stars who hosted at least five times include Alec Baldwin, Ben Affleck, Drew Barrymore, Christopher Walken, and, of course, Justin Timberlake. Each shared some stories about their time on SNL, but it was the former N'SYNC singer who explained why the celebrity hosts killed it five times over.

Here's what he said:

"Whether it's in the monologue or the rest of the show, for a host, SNL is the one place to go to be self-deprecating. That goes miles with the audience. My favorite sketch I ever did may be 'Immigrant Tale.' And If you count up the jokes, it's 20-to-1 me making jokes about myself."

One of my very favorite things about Saturday Night Live incorporating celebrity hosts into the show is that it allows them to step outside of their public image for a night and poke fun at themselves. It gives the celebrities that freedom — and watching them take advantage of it can be truly hysterical.

Of course, Timberlake isn't the only celebrity who made fun of himself on the show. Here are some other stars who weren't afraid to laugh at themselves on the sketch comedy show.

Cyrus stuck it to the haters and laughed off the "raunchy" photos that surfaced on the internet of her back in 2011. (This was before she was posting her own for her millions of Instagram followers, of course.)

The Biebs played Miley Cyrus' biggest fan and apologized for getting caught smoking pot while still in character. Gotta give him props for that one.

One way to move on from a high-profile shoplifting scandal? Make light of it in your SNL monologue.

Swift brilliantly pokes fun at her public image with her song "Monologue Song (La La La)" — now try getting it out of your head.